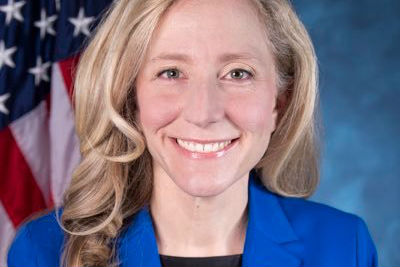 Rep. Abigail Spanberger questioned the administration’s decision to circumvent Congress and to authorize a new emergency sale of high-tech arms to the Saudi-led coalition currently fighting Houthis in Yemen.

During a House Foreign Affairs Committee hearing focused on this $8 billion arms transfer, Spanberger questioned why the administration continues to assert these weapons are needed for emergency defensive purposes when they include wholly offensive and highly lethal weapons.

Spanberger also asked Assistant Secretary of State for Political-Military Affairs R. Clarke Cooper whether the State Department is sincere in its insistence that this arms sale is a one-time use of emergency powers. Additionally, she highlighted Saudi Arabia’s poor human rights record of using weapons against civilian populations and the lack of assurance that these latest transfers would not be used in the same way. Click here to watch her full questions at the hearing.

“Earlier this year, Democrats and Republicans rightfully voted to end U.S. engagement in the Saudi-led military campaign against Houthis in Yemen. Upon its passage in both Houses, the President vetoed this resolution and continued direct U.S. support of those hostilities. Now, this arms transfer seeks to circumvent the constitutional authority of Congress by using a national security emergency exemption—and it’s yet another signal that the administration neither recognizes the extent of Saudi Arabia’s human rights offenses against civilians nor the constitutional role of Congress in arms sales,” said Spanberger. “We must raise awareness about the intense suffering of Yemeni civilians at the hands of high-tech weaponry. Going forward, we should focus on solving this humanitarian crisis—not prolonging it—and that begins by demanding accountability from the State Department about its thought process prior to this sale. During this hearing, I spoke up against this premature move, and I’ll continue to advocate for a stronger congressional role in these massive decisions of war and peace.”

Yesterday, Spanberger joined a bipartisan group of House Members in introducing legislation that would halt these arms sales. In addition, she led a specific measure to reject the transfer of precision-guided munitions, which are largely responsible for civilian casualties in the Saudi-led coalition’s war in Yemen. Under the administration’s arms sale, thousands of additional precision-guided munitions would transfer to coalition forces—and the United States would transfer the manufacturing technology needed to produce these weapons in Saudi Arabia and the UAE.