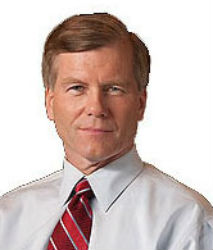 The U.S. Supreme Court unanimously overturned the convictions of former Virginia Gov. Bob McDonnell on corruption charges, ruling that prosecutors had too broadly defined the scope of the case.

The eight-member court rejected the contention of federal prosecutors that simply agreeing to meet with someone on account of a campaign donation or personal gift constitutes an official act sufficient to merit a corruption conviction.

“There is no doubt that this case is distasteful; it may be worse than that. But our concern is not with tawdry tales of Ferraris, Rolexes, and ball gowns. It is instead with the broader legal implications of the Government’s boundless interpretation of the federal bribery statute,” Chief Justice John Roberts wrote in the court opinion.

“A more limited interpretation of the term ‘official act’ leaves ample room for prosecuting corruption, while comporting with the text of the statute and the precedent of this Court.”

McDonnell had been convicted in 2014 on 11 counts involving his relationship with a medical company CEO, Johnnie Williams, who had loaned money to McDonnell and his wife, Maureen, and also provided access to luxury cars and vacation homes to the former first couple, and paid for a shopping spree for the former first lady and a Rolex watch that she gave to the governor.

Williams lobbied the governor to set up meetings with representatives of state colleges and universities and heads of state agencies to promote his company’s products, and McDonnell did help him get in front of some decision-makers, though none of those meetings panned out into business for his company, Star Scientific.

Roberts in his court opinion observed that accepting the position of prosecutors in the McDonnell case could in effect criminalize routine interactions between elected officials and their supporters.

“Conscientious public officials arrange meetings for constituents, contact other officials on their behalf, and include them in events all the time,” Roberts wrote. “The basic compact underlying representative government assumes that public officials will hear from their constituents and act appropriately on their concerns—whether it is the union official worried about a plant closing or the homeowners who wonder why it took five days to restore power to their neighborhood after a storm.

“The Government’s position could cast a pall of potential prosecution over these relationships if the union had given a campaign contribution in the past or the homeowners invited the official to join them on their annual outing to the ballgame,” Roberts wrote. “Officials might wonder whether they could respond to even the most commonplace requests for assistance, and citizens with legitimate concerns might shrink from participating in democratic discourse.”

McDonnell had been sentenced to two years in prison on the convictions, but had not begun serving time as his case made its way through the appeals process.

Monday’s decision by the Supreme Court remands the case to the federal district court level, where prosecutors would have the opportunity to retry the case. There is no immediate indication as to the possible interest in bringing a new case at this early stage.