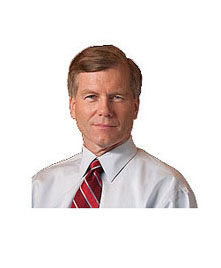 After months of discussions, Gov. Bob McDonnell has formally requested that the Department of Homeland Security enter into a 287(g) agreement with the Virginia Department of State Police allowing certain Virginia troopers to perform certain functions of a federal immigration officer within the borders of the Commonwealth.

“I have been a longtime proponent of allowing certain state and local law enforcement officers to assist the Department of Homeland Security and Immigration and Customs Enforcement with the enforcement of immigration laws within the Commonwealth,” said McDonnell, who had acknowledged last week that his administration has been in communication with federal authorities since February on the issue.

“The federal government is clearly responsible for border security and immigration law enforcement in this country. However, Section 287(g) of the amended Immigration and Nationality Act wisely permits state and local assistance in that enforcement. Virginians want to see our laws enforced and our communities kept safe and secure. This collaborative partnership will help accomplish those critical functions of government. I look forward to a positive response from Secretary Napolitano to our request and a successful federal-state partnership in the years ahead,” McDonnell said.

Edited by Chris Graham. Chris can be reached at [email protected]