Medicare and employer coverage: How it works

It’s more common than ever before for people to work well past age 65, the traditional retirement age up until recently. This is largely because we live in a digital world where careers often require less manual labor.

So, as individuals approach Medicare age, they often begin to wonder what they should do about Medicare while they are still working. Medicare can coordinate with group health insurance from your employer, but there are some rules about what makes Medicare primary or secondary. 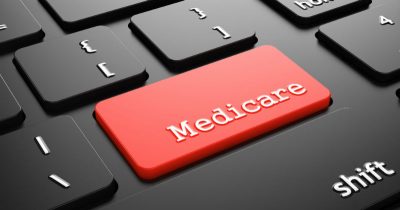 Let’s look at how the coordination of benefits for Medicare works so that you will know what to expect if you decide to work past age 65 yourself.

If you work for a large employer with more than 20 employees (or your spouse does), you can choose to either keep that coverage and have that employer coverage coordinate with Medicare or leave that coverage to elect Medicare instead and add a supplement and some drug coverage.

When you have creditable group health coverage from a large employer, that group coverage is primary, and Medicare becomes secondary. In this scenario, most beneficiaries will enroll in just Medicare Part A.

After all, Part A costs nothing for most people when they enroll in Medicare. All their working lives they have already paid in taxes toward these future hospital benefits.

These taxes do not, however, cover Medicare Part B outpatient coverage or Medicare Part D drug coverage. Both of these parts will have monthly premiums that beneficiaries will pay for this coverage for as long as they are enrolled.

In 2019, Medicare Part B carries a standard base premium of $135.50/month, and this is what most beneficiaries pay. However, people with high incomes can end up paying and Income-Related Monthly Adjustment Amount. Depending on your income, this could mean that Part B costs considerably more.

Since their group health coverage already includes outpatient and drug benefits, it makes sense for many to delay enrollment into Parts B and D until later on when they retire. This way they aren’t paying those monthly premiums for that extra coverage that may be unnecessary.

There is also no penalty for delaying enrollment because they have proof of creditable health coverage for the years that they decided to delay signing up for Parts B and D.

One exception would be if the employee is contributing money into a health savings account. These contributions are illegal if you have any other form of health insurance, including Medicare. So, if you plan to keep contributing, then you would not enroll in any part of Medicare.

When working for a small employer with less than 20 employees, the opposite is true. Medicare is primary and the group coverage becomes secondary. In this circumstance, you must enroll in both parts of Original Medicare during your Initial Enrollment Period, which begins 3 months before the month in which you turn 65. If you don’t, not only will you pay for all your outpatient benefits on your own, but you will also face a late enrollment penalty later on. Failing to enroll in Medicare during your Initial Enrollment Period when you don’t have creditable employer group coverage from a large employer can result in you incurring a penalty of 10% per year for every year that you waited to enroll.

You can, however, delay enrollment into Part D as long as the drug coverage in the small group employer health plan is as good as Medicare Part D. Later on when you retire, you will have a Special Election Period to enroll in Part D with no penalty.

Because small employer group health plans can often be quite expensive for the employee, you may find that leaving that employer coverage and electing supplemental coverage instead is cheaper for you. It’s a good idea to work with a Medicare insurance broker who can run quotes for you and help you compare the two options. You can then elect whichever one is the most cost effective for you at the time.

It can be a little tricky to skirt the penalties and enroll in the right part at the right time, but if you follow the guidelines we’ve covered in this article, you should end up in good shape.