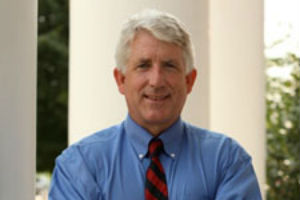 Attorney General Mark Herring – as part of a coalition of 16 attorneys general, three counties, six cities, and the U.S. Conference of Mayors – stepped in to defend against Alabama’s attempts to exclude certain groups from being counted in the 2020 decennial census after the Court called the Trump Administration’s attempts to defend the census “halfhearted”.

Not counting everyone in the census could directly threaten Congressional representation and the number of Electoral College votes, as well as critical federal funds for states with higher immigrant populations. While the U.S. Department of Commerce and the U.S. Census Bureau, as well as their respective leaders, have been named as defendants in the case, Virginia moved to intervene as a defendant in the federal case ofAlabama v. U.S. Department of Commerce, in the Northern District of Alabama, to ensure the case is properly presented and that every resident in America is counted in the decennial census.

“The Constitution requires that every single person living in the United States is counted as part of the decennial census and Alabama’s lawsuit is just another attempt to discriminate against immigrant populations and the states where they live,” said Herring “A fair and accurate census is crucial as it determines how many congressional representatives and Electoral College votes a state gets as well as federal funding for programs like healthcare, education or transportation, and Alabama’s lawsuit could drastically impact that. My colleagues and I intervened in this case because the Trump Administration has shown time and again that they will not adequately defend laws if they do not support their discriminatory agenda and the outcomes of the 2020 census are too important.”

In May 2018, the State of Alabama and an Alabama congressman filed a lawsuit challenging the U.S. Census Bureau’s long-standing policy of including all individuals, including non-citizens in the decennial census. The census count is used to distribute billions of dollars in federal funding, as well as determine the number of Representatives each state receives in the U.S. House of Representatives, which, subsequently, determines the number of Electoral College votes each state has in a presidential election.

Despite Alabama’s objection, Article I of the U.S. Constitution, as amended by the Fourteenth Amendment, is clear that the “actual Enumeration” of the “whole number of persons” in each state includes everyone in the country. As a three-judge district court noted in rejecting a similar challenge decades ago, “[t]he language of the Constitution is not ambiguous” and “requires the counting of the ‘whole number of persons’ for apportionment purposes, and while illegal aliens were not a component of the population at the time the Constitution was adopted, they are clearly ‘persons.’”

Excluding groups of people from being counted in the census would not only result in the loss of representation in Congress for several states with large immigrant populations, but would also reduce representation of cities and counties with large immigrant populations in state legislatures. It could also result in reductions in crucial federal funding – as over 300 programs and billions of dollars are tied, at least in part, to census population figures. It is imperative for the states, counties, and cities in the coalition to intervene and adequately defend the current census policy.

While the United States Department of Justice is defending the Census Bureau and the U.S. Department of Commerce in this case, recent statements by senior officials in the Trump Administration suggest that the Administration’s defense will be inadequate. On July 11, 2019, while announcing that the federal government would no longer seek to add a citizenship inquiry to the 2020 Census, U.S. Attorney General William Barr suggested that the Administration would reconsider the issue at the heart of Alabama’s challenge. Additionally, the Court in the Alabama case recently noted that the defense offered by the U.S. Department of Justice has been “halfhearted” and that allowing intervention will ensure the “best arguments” are made in support of the century-old precedent.

Previously, Herring successfully blocked the Trump Administration’s attempts to sabotage the census with a poison pill citizenship inquiry that was clearly designed to suppress response rates especially among immigrant communities. Herring and his colleagues sued the Department of Commerce in April 2018 to protect the census, and successfully argued that the Trump Administration was not being honest about its motivations for including a citizenship question.