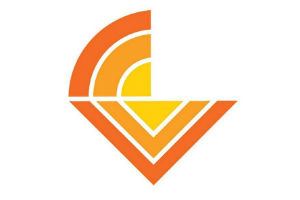 All seven flipped seats in the House of Delegates and State Senate went to candidates who refused campaign contributions from the utility monopolies they will regulate in the General Assembly — Dominion Energy and Appalachian Power Company.

This issue resonated with Virginian voters across party lines, as two Republican incumbents who also refused these campaign contributions kept their seats in highly contested races.

“Clean Virginia congratulates the winners of this year’s General Assembly elections, particularly those who rejected campaign contributions from utility monopolies like Dominion Energy. Candidates who stood up to Dominion and defied its political power beat incumbents who failed to take a principled stance against monopoly corruption. Dominion was on the ballot this year, and it lost despite its last-ditch efforts at defeating champions of clean energy and clean government.

“Now is the time for Tuesday night’s winners to stand up for people over profits. The General Assembly must aggressively advocate for energy reform in Virginia, meaning lower bills for everyday people, clean energy that empowers communities, and a competitive 21st century energy economy. Virginia needs the voter enthusiasm from Tuesday to propel our new Delegates and Senators to pass laws in 2020 that protect our environment, our wallets, and our democracy.”

Delegates and senators who have a stance against accepting campaign contributions from Virginia’s top utility monopolies, Dominion Energy and Appalachian Power Company, now make up one-third of the General Assembly.

Clean Virginia’s PAC, Clean Virginia Fund, gave over $250,000 this year to 76 Democratic and Republican candidates who returned a policy questionnaire that demonstrated a principled stance against accepting contributions from utility monopolies regulated by the General Assembly. Clean Virginia’s founder Michael Bills contributed an additional $1.44 million to select candidates who had this stance. Total contributions from advocacy groups and individual donors, including through the GiveGreen Program, with a giving policy of only donating to candidates with a principled stance against accept utility monopoly money totaled over $4.5 million this year.

Dominion Energy spent over $2.6 million on Virginia’s General Assembly races, from Dominion Energy, its PACs, its CEO Thomas Farrell, and its registered lobbyists to candidates and committees.