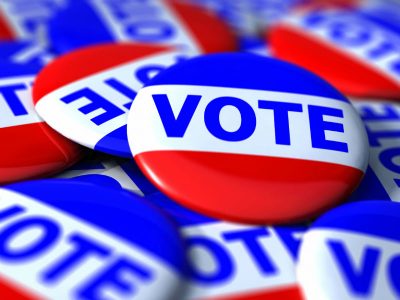 This week, the Virginia Department of Elections hosted an election security exercise for Virginia’s election officials dedicated to identifying best practices for continuing to strengthen the Commonwealth’s election infrastructure.

ELECT utilized tabletop simulations of pre-election and Election Day scenarios and allowed exercise participants to share information about how to maintain voting operations without disrupting the integrity of the election.

Scenarios were based on a combination of actual events as well as situations that could potentially threaten election infrastructure, such as threats to cybersecurity, manipulation of news and social media resources, loss of required resources, and general disruptions to the voting process by internal and external actors.

Partners for the training exercise included: more than 100 election officials representing many of the 133 localities across the Commonwealth; the Secretary of Administration; State Board of Elections; Office of the Secretary of Public Safety and Homeland Security, Virginia Department of Emergency Management, Harvard University’s Belfer Center, the National Association of State Election Directors (NASED), and the  Cybersecurity and Infrastructure Security Agency(CISA) of the Department of Homeland Security(DHS).

“This week’s exercise brought together our election partners from across the Commonwealth and the federal government, allowing us to share best practices for strengthening our ability to respond to threats to our election security, “said Department of Elections Commissioner Christopher E. Piper. “Protecting our elections is a team effort, which involves our local, state and federal partners, and I am extremely excited about the positive response we received from our exercise participants at this week’s training. I am confident that the partnerships we have developed will only enhance our preparedness for future elections.”

ELECT staff have been working continuously to exercise their training and response plans related to election infrastructure. For more information about ELECT’s commitment to election security, visit www.elections.virginia.gov/security.