USDA grant to study transport of pollen from hemp, switchgrass 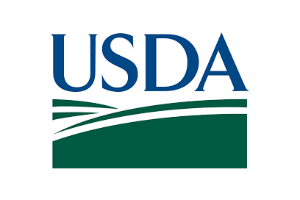 The team is also collaborating with Neal Stewart at the University of Tennessee, Knoxville.

The project will provide vital predictions for farmers, whose crops are often plagued by drifting unwanted substances, and allergy sufferers, who are curious to know what weather conditions will cause allergy season to hit the hardest.

“Having a validated and reliable long-distance transport prediction model for wind-dispersed pollen is critical to establishing appropriate isolation distances for GE crops and making informed regulatory decisions,” said Schmale, a professor in the School of Plant and Environmental Sciences in the College of Agriculture and Life Sciences.

“Long-distance pollination is of concern due to the possibility of unintended cross-contamination between different hemp varieties, such as those used for fiber and for CBD (cannabidiol),” said Ross, a professor in the Kevin T. Crofton Department of Aerospace and Ocean Engineering in the College of Engineering.

In addition to preventing cross-contamination, the team’s research has huge implications for agricultural laws and regulations, particularly those that pertain to fungicide and herbicide drift.

Without regulations in place, drift can have devastating consequences for neighboring farms. If a grower were to spray fungicide on their crops, it could meander over to adjacent crops that are not their own. And if the neighboring farm has organic products, the growers cannot sell them as such. Herbicide drift occurs in a similar fashion, but since herbicides are used to destroy plant material, nearby crops can be decimated.

But Ross states that their main goal is to understand exactly how far pollen can travel. “Using sensors onboard drones, we can collect pollen and forecast its movement at different altitudes and distances from source fields. Our models take input like the size of the pollen grains, the wind conditions for that day, humidity, temperature, and things like that. Then they can forecast the trajectories of the pollen grains and where they’ll get deposited.”

For their high-flying data collection, the Virginia Tech researchers are using smart sensors mounted on top of drones. Attached to the top of the drone is a light, 3D-printed sampling device that houses an impinger. An impinger is a small vacuum that takes in air and deposits particles in a fluid.

The pollen grains trapped in the fluid are analyzed with a unique piece of equipment that can sort out which grains are from which GE crops, allowing researchers to easily calculate the location and distance from which the pollen traveled. Moreover, sensors onboard the drones also include an optical particle counter that can monitor particles about the size of pollen grains in real-time.

What is particularly exciting for the team is the addition of a new faculty member, Hosein Foroutan, an assistant professor in the Charles E. Via Jr. Department of Civil and Environmental Engineering in the College of Engineering. Foroutan has expertise in creating and using large eddy simulation (LES) models to understand the transport of microscopic life.

“LES is a numerical technique in which all the important turbulent atmospheric motions are resolved, providing the most realistic picture of the state of the atmosphere at each location and time,” said Foroutan.

Ross emphasized that solving a problem like this is hard to tackle alone. “I have a physics and applied math background. Hosein has a fluid mechanics and atmospheric science background. David has a background in aerobiology and unmanned systems. You have to talk with other people and learn other scientific languages when you are doing this kind of interdisciplinary work. I don’t see how any one, or even two people, can do something like this.”

This project is an extension of Neal Stewart’s previous projects in the Department of Plant Sciences at the University of Tennessee’s Institute of Agriculture. Previously, Stewart genetically modified male switchgrass, a plant that provides fuel and ethanol feedstocks, to express an orange fluorescent protein. He created basic traps to snare pollen grains and he planted crops nearby to see how the drift affected the crops on a genetic level.

Currently, hemp is a crop of increasing interest due to its production of cannabidiol, a plant extract that is praised for its therapeutic effects. But, scientists and regulators alike are still in the infancy of understanding the medicinal values of CBD and, as of August 2019, it is not approved by the Food and Drug Administration.

Hemp and marijuana are frequently clumped together in conversations, and although they are both from cannabis plant, they are not one and the same. The difference lies in the amount of tetrahydrocannabinol (THC) that is produced by the flowers of female plants.

“CBD is produced and harvested from the flowers of hemp plants, which, by definition, has less than 0.3 percent THC. For marijuana, the THC levels are around 20 – 30 percent,” said Schmale.

This research will forge new discoveries of atmospheric scales of pollen dispersal and will represent a significant milestone in the scientific exploration of the atmosphere — an undersampled and relatively unexplored ecological setting. The results from this study will be of immediate value in the development of transport models for pollen, and may be useful for generating rational and informed approaches for managing crops with wind-dispersed pollen in the future.

This work is supported by the Biotechnology Risk Assessment Grants (BRAG) program, award number 2019-33522-29989 from the U.S. Department of Agriculture.