Music at the Movies opens with screening of ‘Straight Outta Compton’ 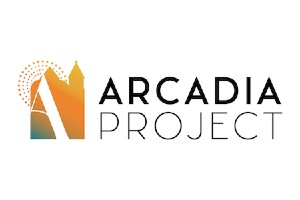 Arcadia Project and Visulite Cinema are announcing a new series, Music at the Movies, which is set to drop the curtain on Thursday at 6:30 p.m.

Each month a local musician or group will play a mini concert, followed by a movie of their choice about music. After the movie, the audience will have an opportunity to join the musician in an open discussion about the film, why the artist chose it, and what it means to them.

The event takes place at the Visulite Cinema in Downtown Staunton the first Thursday evening of every month.

“In a time when political strife threatens to tear communities apart, music can be the glue that brings us together again to find inspiration and common ground. With this series, we intend to celebrate local musical artists, along with the power of music to transform hearts, lives, even history,” said Pamela Mason Wagner, executive director for the Arcadia Project.

The current lineup for Music at the Movies begins Austin Fox, a local hip-hop artist, who will perform several songs and then present the 2015 film Straight Outta Compton.

On March 3rd, Molly Murphy of Judy Chops fame will join in to play some tunes and then present Wild Rose, a film about a country Western singer from Glasgow with dreams of going to Nashville.

Next, on April 7th, George Hunter will perform some jazz and gospel pieces, followed by a showing of the 2008 film Cadillac Records.

Daniel Heifetz, the Heifetz Institute founder, will show a film (TBD) on May 5th that relates to his passion for classical music.

Linda and Robin Williams performing several songs from their latest album, before screening the 2020 documentary Without Getting Killed or Caught on June 2.

Series passes ($75) or individual tickets ($20) may be purchased at thearcadiaproject.org.

In order to keep the performers and the audience safe, proof of vaccination will be required for entry. A portion of the proceeds will go toward the Arcadia Project.