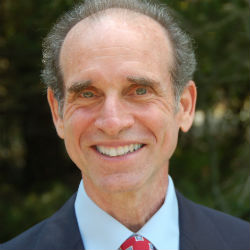 (This article is the first in a series, titled “Press the Battle,” whose purpose is to get our national conversation to focus on the central realities of the crisis in today’s America.)

In America right now there’s a battle that needs to be fought and won in our political arena. It’s a battle over what kind of country, and what kind of planet, our children and grandchildren will live in.

Although some people like waging battle — some even insist on it — most liberals I’ve known are capable of living richer, more balanced and fulfilling lives. Most of us liberals would rather lead those better lives than focus on political combat.

But over the past decade or two, while we’ve been living our fuller, more rounded lives, we with the more humane set of values have been out-organized, out-fought, out-messaged by a relentless force that has taken over the right, and that has

•    Turned our politics into a kind of war,
•    hollowed out the middle class,
•    debased our public discourse,
•    brought out the worst in our decent conservative neighbors,
•    undermined the rule of law,
•    placed our descendants in greater peril of ecological     catastrophe,
•    embroiled us in needless wars,
•    besmirched America’s good name in the world,
•    driven our economy into a pit,
•    and magnified the ability of corporate power to steal our democracy.

The response from Liberal America to this ugly destructive force on the right has been woefully inadequate to protect the nation.

The combination of a destructive force and weak response has created one of the most profound crises in American history. If our nation is going to stop its descent, and to regain the ability to deal constructively with the challenges we face, this dangerous political dynamic must be turned around.

It is from Liberal America that necessary change will have to come. The other side will change only when compelled. Therefore, our side will need to bring more passion and determination than we have yet shown to fight and win the political battle.

Sure, we’d rather live our healthier, more fulfilling lives. But history does not always give people the choices they prefer.

Throughout history, peoples have been forced to confront others who were bent upon expanding their own power. The undesirable choice has been either to fall under the domination of aggressors, or to match their power in order to defend what is held dear.  (This is a major theme of my book —  <a href=”http://www.amazon.com/The-Parable-Tribes-Problem-Evolution/dp/0791424200“><em>The Parable of the Tribes: The Problem of Power in Social Evolution</em></a>  — explaining why the course of civilization has often been so tormented.)

We in America today do not have the option we’d prefer, of going on as before and have everything be all right.

In plain sight, those relentless forces that have taken over the Republican Party are working against pretty much everything we believe in: justice to protect the weak, respect for the truth in our democratic deliberations, compassion for our fellow citizens, and care for the integrity of the living systems on which we all depend for our survival.

That’s the nature of what we’re called to fight and defeat. The stakes could hardly be higher.

We’re not the first to be required by the luck of the historical draw to be called to a duty we’d not desired.

In the 1940s, my father’s generation had to set aside the lives they would have preferred to lead — lives richer and more humane than fighting their way across France or the islands of the Pacific – because it was necessary to defeat a destructive force that had arisen in europe and Asia.

The present generation of Americans has a moral responsibility to sacrifice our ease and comfort to defend the same values by fighting here at home.

It is our good fortune that we retain enough of our democracy that our battle will be decided not by seizing territory by force but by shaping the understanding of the American people.

I’ve got a plan for how we can strike a meaningful blow in that battle of words and ideas.

In the coming weeks, I’ll be presenting here a series of articles dealing with both sides of our political pathology. This series, with the name “Press the Battle,” will make the case — and make it stick — against the force that’s taken over the Republican Party, calling out its repugnant and destructive nature.

And, at the same time, this series will confront the sources of Liberal America’s weakness and try to light a fire in Liberal America, kindling the latent power of our moral and spiritual passions.

With this series, I will ask not just for your attention but also for your help. It is my hope that you will work with me to find ways of getting our national conversation to focus on the true nature of what’s gone wrong in America.

Changing our national conversation is necessary for setting things right. Is it not a kind of insanity for this nation to treat today’s Republican Party as if it were something almost normal, respectable, acceptable? That’s not how you treat something that’s trampling on all those values that made the nation great.

I, for one, am determined that my grandchildren will not ask me someday, “Why didn’t you trouble yourself to do something while America became a society that’s ruled by greed and the lust for power, that’s deceived by propaganda masquerading as news, that exploits rather than serves its people?”