WaterAid today celebrates U.S. House of Representatives passage of the Senator Paul Simon Water for the World Act of 2013, H.R. 2901.

Marijuana, medical or otherwise, is on the horizon

National food prices rose about 2 percent from a year ago, according to a quarterly survey conducted by the American Farm Bureau Federation.

U.S. Senators Tim Kaine and Angus King have returned from a nine-day visit across the Middle East and South Asia that included stops in India, Afghanistan, Pakistan and Qatar.

The siege of the Middle East by radical Muslims has become a protracted spectacle of carnage, presented nightly on television with disturbing photographs and videos, highlighting savage murder by demented and corrupt terrorists.

Palm oil may be a good substitute for trans fats in that it stays solid at room temperature and is therefore useful as a food additive in things like snack bars. But it isn’t much healthier.

Researchers at the University of Virginia School of Medicine have developed an important new diagnostic approach to determining the cause of diarrhea in the developing world, revealing a problem even more complex than previously appreciated. 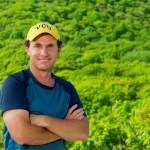 Iran’s mass media are tightly controlled by the regime’s Ministry of Intelligence. This includes 16 nation-wide and 34 provincial TV channels, in addition to 10 satellite channels with a global reach.