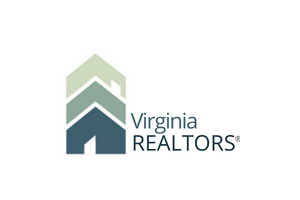 According to the July 2019 Home Sales Report released by the Virginia REALTORS®, declining inventories and rising prices continue hindering home sales activity in most parts of the Commonwealth.

There were about 46,572 homes on the market for sale at the end of July across the Commonwealth, which is about 4,000 less than a year ago, representing an 8% decline.

Despite the positive economic indicators, homes sales have remained relatively stable for much of the past year. While interest rates are low, home prices in most parts of Virginia continue to climb. So, while mortgage rates are attractive, the price points of the limited inventory of homes available in the market could be keeping some interested buyers on the sidelines.

Virginia REALTORS® Chief Economist Dr. Lisa Sturtevant says, “It is assumed that more people will be buying houses now because of the recent drop in mortgage rates. However, that’s not what we’re seeing. For the most part, Virginia’s home purchase activity is not budging even though rates have continued to fall. Instead, many people are electing to refinance—and stay in—their homes. The numbers of people choosing to refinance their homes are surging nationwide, with many choosing to take advantage of these attractive rates and stay in their homes longer.”

Activity in the Virginia housing market has been fluctuating in recent months. Statewide, there were more sales transactions in July than a year ago, which is only the 2nd monthly sales increase this year. However, the sales uptick was relatively modest.

There were 12,885 home sales throughout the Commonwealth in July, up 2% from this time last year, an increase of 231 sales. The uptick in sales activity occurred in most parts of the State led by the Valley region, which had 136 more sales in July compared to a year ago, a 22% surge.

The Virginia Home Sales Report is published by the Virginia REALTORS®. Click here to view the full July 2019 Home Sales Report. Current and past reports are available to members, media, and real estate related-industries through the organization’s website.