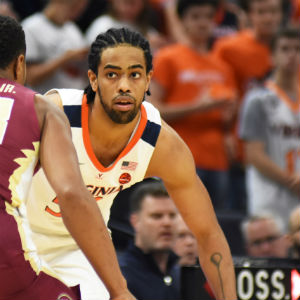 Virginia junior Tomas Woldetensae has been named to the All-ACC Academic Team, which was announced by the conference on Friday.

The 6’5″ guard from Bologna, Italy, is currently pursuing his undergraduate degree in studio art at UVA

Woldetensae, who has started 21 games, is averaging 6.7 points and 2.2 rebounds per game this season for the Cavaliers. He has made a team-high 51 three-pointers, including seven at Wake Forest and Louisville, and six at North Carolina.

Woldetensae is the third Virginia player in the last 20 seasons to have multiple games with at least seven made three-pointers, joining Curtis Staples (eight such games) and Kyle Guy (three).