Trucking regulations to know in 2019 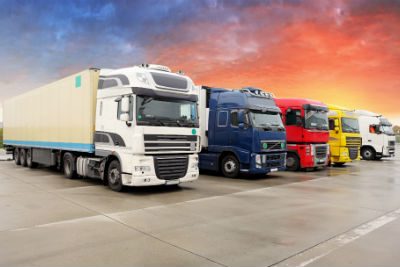 When you’re a truck driver, you are faced with regularly changing laws and regulations. You must comply with them, or you can face financial and legal repercussions, but just keeping up with them can be a challenge.

Some things to be aware of this year include the following.

The Trump administration very recently made a move to make federal rules more lenient as far as how long drivers can be behind the wheel. This is controversial because the trucking industry has long pushed for this relaxation of standards, but safety advocates have expressed concerns it could lead to more accidents on the nation’s highways.

The Federal Motor Carrier Safety Administration, which is part of the Transportation Department, issued proposed changes to hours of service rules. These rules dictate the breaks you must take as a trucker and your time both on and off duty that’s required.

The leaders of the federal safety agency said the change is putting more power in the hands of drivers. However, the loosening of regulations is creating fear among some that drivers could keep going while fatigued and put themselves and others at risk.

Trade groups have long been pushing for less rigid regulations regarding hours of service rules.

Current regulations limit long-haul drivers to 11 hours of drive time within an on-duty window of 14 hours. Drivers must have ten consecutive off-duty hours before they can start the on-duty clock again.

With the new possible changes, drivers would be able to have a break while on duty but not driving.

In 2017, there was a new regulation, which is the electronic logging device mandate or the ELD mandate. Following the implementation of that mandate, some commercial drivers and vehicles could still utilize the Automatic On-Board Recording Device to record hours because it was seen as grandfathered in.

That is the deadline for fleets to make the move to ELDs.

By January 2020, trucking companies and everyone involved as a driver has to be in compliance of the Drug and Alcohol Clearinghouse. Drug testing guidelines have already been passed. However, they were put on hold until the start of 2020 because HHS hadn’t offered the guidelines for hair testing yet.

All employers will have to go through clearinghouse records for both drug and alcohol-related violations before they screen employees, and once they have completed their training.

People in the trucking profession have to think not only about federal laws and regulations but also state laws. In Delaware, lawmakers recently passed legislation that allows for the use of cameras to enforce truck routes, even without a law enforcement professional being present.

The law was signed August 15 by Delaware’s governor.

If a truck is on a prohibited roadway, they will have to pay fines. The camera system monitors the height of vehicles and bases restriction violations on that measured height.

The Federal Motor Carrier Safety Administration (FMCSA) announced an increase in fines for violating regulations in the trucking industry. The new amount truckers must pay for violations became effective on July 31.

The increased fines are the result of the Federal Civil Penalties Inflation Adjustment Act of 2015, and this law requires federal agencies to increase fines every year to keep up with inflation.

Following a crash earlier this year that led to the deaths of several members in a motorcycle club, the Governor of Massachusetts is introducing new legislation that would increase the requirements you would have to meet to get and keep a CDL.

The new proposed legislation as introduced July 19, and is called “An Act to Promote Commercial Driver Safety.” The focus of the bill is on increasing the requirements to remain a driver in the state, and as part of this, CDL applicants would be required to have a good driving history. You would be ineligible for a CDL if you had been suspended or disqualified from driving over the past three years.

You would have an increased suspension time if you have a CDL and commit two serious traffic violations in three years, and CDL holders would be required to notify the Massachusetts Registry of Motor Vehicles and their employer the next day if they were convicted of violating a traffic law.