An election at the grassroots: The Valley Family Forum and its role in the race in the 26th

The Democratic Party targeted the 26th House District seat being left open by the retirement of Republican incumbent Glenn Weatherholtz, and for good reason – namely, a win by Democrat Lowell Fulk would give the party a plum seat in a GOP stronghold in Rockingham County and the city of Harrisonburg.

The party pumped serious money into Fulk’s second bid at the seat – he received 45.4 percent of the vote in an upstart 2003 challenge of Weatherholtz – and let just about everybody know that their man was primed and ready for the upset.

But somebody forgot to tell the Valley Family Forum, a Rockingham County-based conservative advocacy group that one Shenandoah Valley political commentator credits with pushing Republican Matt Lohr to victory in the Nov. 8 election.

“They provided Matt Lohr with financial resources. They provided a forum, pardon the expression, for him to discuss issues of importance to conservative voters. They were active in providing commentaries in local newspapers about the race that got the word out about the campaign. And most importantly, they used their network to get voters in the county, in particular, to the polls on Election Day. And when you see turnout numbers in the county running about 10 percentage points higher than in the city, and you see that most of those votes went to Lohr, you can see how important that is,” McQuilkin told The Augusta Free Press.

“Their work at the grassroots level, in community groups, largely in churches, was invaluable to the Lohr campaign. Their get-out-the-vote efforts were important to what we saw in terms of Lohr’s support in the county, which of course is where he won the election,” McQuilkin said.

Lohr didn’t discount the idea that the Valley Family Forum played at least something of a role in his Election Day triumph.

“I’ve said all along that there are lots of major issues that we need to deal with, and certainly family values are a piece of it,” Lohr said.

“We in the Shenandoah Valley are generally conservative by nature, and family values is still an important part of what they look for when they look to elected officials. The Valley Family Forum has been very aggressive in being out there to keep those issues out in front of the voters,” Lohr told the AFP.

Valley Family Forum executive director Dean Welty, for his part, said he isn’t sure that his group had much if anything to do with Lohr’s electoral win.

“I have no way to measure the impact of the forum. All I know is that we try to inform our network of families. What they do with that information, I have no way of knowing,” Welty told the AFP.

“The Daily News-Record was helpful in putting the record out before the voters that we have a problem with a candidate who has declined to meet with the forum,” Welty said, referring to Fulk’s much-publicized reluctance to accept an invitation to speak to the forum in advance of the election.

“Did that galvanize voters? I really don’t know, but it seems to me that when a candidate refuses to meet with voters who have concerns about these issues, those voters become concerned,” Welty said.

Fulk said his view of the Valley Family Forum is “that they were never in play as far as being a key factor.”

“The people who would be influenced by the forum knew who they were going to vote for before the campaign got started. So I don’t know how much of an impact they could have had,” Fulk said.

“I’m on their e-mail list. So I know that they certainly pushed their people to get out and vote on the issues that they see as being paramount. But I just think that their pull is less than it is being said to be,” Fulk told the AFP.

To McQuilkin, it couldn’t be said enough – the Valley Family Forum played a crucial role in what happened on Election Day. End of story.

“Democrats, try as they might, just can’t replicate their efforts in the Valley,” McQuilkin said.

“The demographics are working in the Republicans’ favor. But you have to give them credit, and give the Valley Family Forum credit,” McQuilkin said. “Their ability to get voters to the polls by focusing on grassroots efforts and focusing on issues like gay marriage and abortion and other so-called family issues is what won this election.” 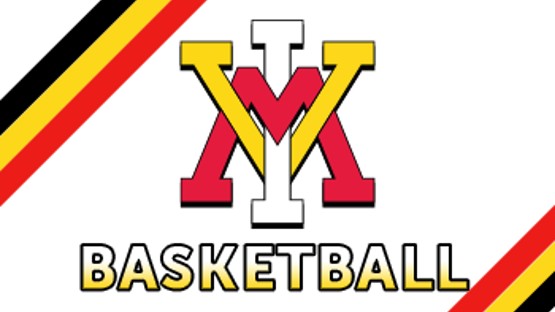