HTML5 technology: The most impressive technical innovation since sliced bread 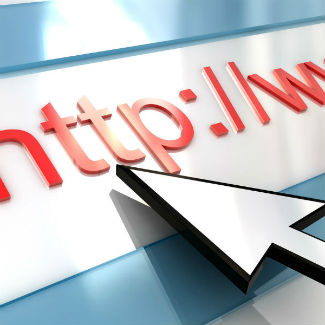 Once upon a time, everything on the websites was done using Flash. Yes, we are talking about that Flash technology, developed by Adobe. The annoying program that alerts you to “update” at least once every week. Before the 2000s, all elements of websites were developed with it. There was a simple reason for this: although it had alternatives, Flash was the easiest platform to use, and work that could take days on other platforms was done with it in hours.

But the Flash platform also had many disadvantages. First of all, the things you could do with it were limited. Even if you had a creative and innovative idea, you couldn’t bring it to life if Flash did not have the right tools. In addition, the platform had many security vulnerabilities: since it worked as if it was part of the operating system, it was even possible to take over a system completely using these vulnerabilities.

However, its main drawback came when Steve Jobs introduced the iPhone: Flash did not fully support mobile devices.

We need to explain this a little bit. In the 2000s, what mobile devices were able to do was very limited, and people used them only for communication. Actions such as accessing websites, playing games and buying something on a mobile phone were like a science-fiction scenario. For example, if you wanted to play free slots games, you would turn on your computer, find a website, and play them. You wouldn’t even think of using your mobile phone for this job. Therefore, no website had any concerns about supporting mobile devices. Because this was not necessary – until the iPhone appeared.

iOS shown what could really be done with mobile devices and became the pioneer of mobile internet. More importantly, it declared that it would not support the Flash platform due to security and performance issues. This was a very bold move at that time because almost all of the websites were somehow using Flash technology.

And HTML5 Technology Enters the Scene

But Apple won that stand-off: to tell the truth, everybody was already aware of the inadequacies and chronic issues of the Flash platform. The change didn’t happen all of a sudden, but it still happened pretty quickly. Flash was an older technology and could only run on certain operating systems. An alternative was needed, and this alternative should have the potential to change the whole internet.

HTML5 technology appeared in 2014. Technically, we can define it as a “software solution stack”. In practice, we can make a much simpler definition: HTML5 allows everything on websites (including games and applications) to work on browsers. So everything supports “instant play.” When you want to play free slots with bonus games, for example, you don’t need to download/install a plugin separately. You can start playing in just a few seconds by pressing the “play” button. You don’t have to register, download, or update constantly: HTML5 technology does not carry any of the security risks on the Flash platform. Basically, it allows everything to run on browsers, so there is no need to develop different versions of applications. Nowadays, games and apps are designed to work on Mozilla Firefox, Google Chrome, and Microsoft Edge, not Linux, macOS, or Microsoft Windows. As long as you have a device with a browser and an active internet connection, you can play all free slot machine games without downloading or registration, no matter what kind of device it is. And for this reason, HTML5 is the best technical innovation after sliced bread: it makes everything so simple.