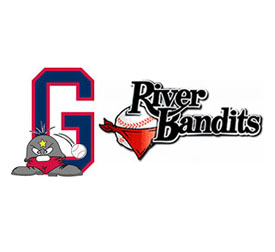 The Waynesboro Generals offense exploded for a second straight night, launching three home runs among their 20 base hits in a wild 13-9 win over Woodstock Thursday night at Kate Collins Field.

Brandon Murray continued his torrid mid-week, going 3-for-4 with another home run, his league-leading fifth, and fourth in two nights. Julian Ridings hit his third homer of the week, a two-run shot in the third, and was 4-for-4, and Brandon Glazer hit his first home run of the season, a two-run blast in the first.

It was 9-0 Waynesboro after four before the Generals began to relax a little. A one-out, fifth-inning error by usually reliable shortstop Caleb Palensky on a potential inning-ending double-play ball opened up the floodgates for the River Bandits, who scored five runs to cut the Waynesboro lead to 9-5.

It was 13-5 Waynesboro in the seventh when Miles Williams took one deep with two men on off reliever John Sebelle to cut the lead to 13-8.

Down 13-9 in the ninth, Woodstock was able to get the first two men on base off reliever Greg Cooke before Cooke was able to rally to retire the side without any damage being done.

The win is the ninth in 10 games for the Generals, who improved to a league-leading 12-4 with the victory.