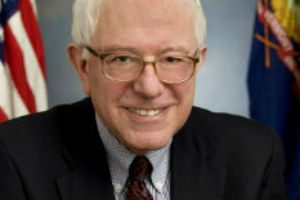 The Senate Budget Committee has oversight authority over OMB.

Sens. Schumer (D-NY), Warren (D-MA), Harris (D-CA), Gillibrand (D-NY), Murray (D-WA) and Murphy (D-CT) joined the inquiry into the Trump Administration’s delay in providing much-needed assistance. Puerto Rico’s nutrition assistance funding lapsed in March, which triggered widespread reductions in benefits. “We would like to know the exact status of these funds, including details regarding why funds have not yet been released to Puerto Rico,” wrote the Senators, calling on the agencies to respond by July 1st.

The President signed the Additional Supplemental Appropriations for Disaster Relief Act into law on June 6, 2019. Congress passed that legislation to provide emergency relief to hundreds of thousands of American citizens, specifically including $600 million for disaster nutrition assistance, with the understanding that the funds would be distributed as soon as possible. A recent Washington Post report, however, found that the funds may not be able to be distributed until September. The Trump administration has a history of delaying funds to Puerto Rico.

The people of Puerto Rico are still struggling to recover from the devastation of Hurricanes Maria and Irma, which hit Puerto Rico over a year and a half ago. Currently, almost 45 percent of Puerto Rican households with children rely on nutrition assistance.

“In the wealthiest country in the history of the world, it is unconscionable that the Trump administration is allowing the most vulnerable Puerto Ricans to struggle to make ends meet and put food on the table,” Sen. Sanders said. “The people of Puerto Rico are American citizens and deserve to be treated as American citizens. We are asking the Trump administration for answers about why there is unequal treatment for the territories. We must do everything we can to help Puerto Rico recover from the hurricanes and protect the most vulnerable in our society.”

“As our fellow Americans in Puerto Rico continue to struggle to recover from the devastation of Hurricanes Maria and Irma, they deserve to be treated with the same compassion and expediency as every other citizen,” said Minority Leader Schumer. “I am very concerned as to why this desperately needed nutrition assistance is not being swiftly delivered to Puerto Rico. We are demanding an explanation from the Trump administration on the delay in delivering this much-needed assistance that Congress appropriated to help those still struggling to recover from the hurricanes meet their basic food needs.”

“More than a year and a half after Hurricane Maria and despite Congress approving emergency nutrition assistance funds, communities in Puerto Rico still do not have the resources they need to get back on their feet,” said Sen. Harris. “The administration’s delay in delivering this assistance is inexcusable, and we need answers. We must take immediate action to help our fellow Americans in Puerto Rico who continue to struggle in their recovery efforts.”

“Our fellow citizens are still suffering in Puerto Rico more than a year and a half after Hurricanes Irma and Maria devastated the islands,” said Sen. Gillibrand, a member of the Senate Agriculture Committee. “It’s disgraceful that the Trump Administration still has not released the emergency nutrition assistance funds for Puerto Rico that Congress already appropriated and the Americans living there desperately need. There are no excuses for this, and the Trump Administration must act now to correct this tragic situation that they have caused.”

“After Puerto Rico suffered devastating natural disasters that left countless people without reliable access to healthy, nutritious food, Congress sent emergency nutrition assistance funds to the island to ensure that hungry families and children were able to eat—and it’s inexcusable that the Trump administration would drag its feet in getting these critical resources to Americans enduring such a crisis,” Sen. Murray said. “As a nation we are all responsible for Puerto Rico’s recovery and the well-being of our fellow citizens, and I will not stop pressing for answers until the funds Congress appropriated reach families and communities in need.”

“The permanent, second-class treatment of Puerto Ricans by this administration is abhorrent and deeply concerning. Connecticut is home to many Puerto Rican families, and many found refuge after Hurricanes Irma and Maria in communities around our state,” said Sen. Murphy. “I’m proud to join my colleagues in trying to get to the bottom of what’s holding up this funding from getting to the island, and I look forward to a quick response so these families can get the much needed assistance they deserve.”

In March this year, Sen. Sanders and 11 cosponsors introduced the Equitable Nutrition Assistance for the Territories Act (S. 677). This bill would give territories like Puerto Rico equitable treatment under the Supplemental Nutrition Assistance Program (SNAP), while maintaining the flexibility of the existing Puerto Rico nutrition assistance program. The bill allows for a transition from the current capped amount of block-grant funds for territories to SNAP, which provides states with automatic expansions in funding for food assistance in times of greater need.