The Worst Wrestling Pay-Per-View Ever: Chris Graham dishes on what goes on behind the scenes 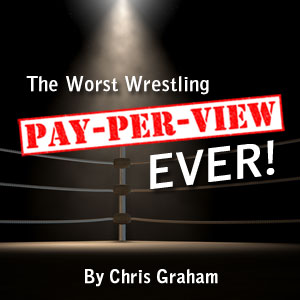 The book is available for just $3.49 on Amazon.com.

Tags The Worst Wrestling Pay-Per-View Ever