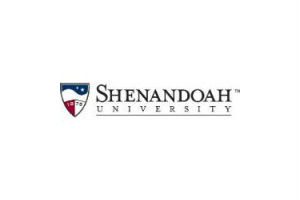 The certification, according to a press release, further strengthens the university’s commitment to provide opportunities for military veterans.

V3, a free training and certification program, was introduced by the Department of Veterans Services in 2012. The program enables employers of all sizes to implement best practices in recruiting, hiring and retaining highly skilled and dependable veterans.

V3 certification for Shenandoah University, the press release stated, “is an important step in the university’s effort to hire the most talented and qualified employees.” More than 700,000 veterans live in Virginia, including 200,000 in Northern Virginia and the Shenandoah Valley. The university already employees more than 30 military-affiliated faculty and staff members.

“Shenandoah University does a wonderful job valuing and honoring veterans,” Rakene Lee, Shenandoah’s Director of Human Resources, said in the press release. “As a retired Marine, my experience here is nothing short of amazing. Specifically, the culture and camaraderie here are truly magnificent.”

SU, a Military Friendly® School, has received Military Support Recognition from Colleges of Distinction, and is a Yellow Ribbon school. The university has more than 160 military-affiliated students enrolled in courses, an active student veteran organization called Shenandoah Veterans and Supporters, and operates the Veterans, Military and Families Center (VMFC) on its main campus in Winchester.

The university, established in 1875 and headquartered in Winchester, maintains sites in Clarke, Fairfax and Loudoun counties. A private, nationally recognized university that blends professional career experience and liberal education, Shenandoah University has approximately 4,200 students enrolled in more than 200 areas of study in six different schools. Shenandoah often partners with Veterans of Foreign Wars Post 2123 in Winchester and the Northern Shenandoah Valley Community Veterans Engagement Board and teamed up with the latter to host the Veterans Community Engagement Forum in June 2022.

The university works with Veterans Moving Forward in providing service dogs and canine therapy services to veterans facing physical and/or mental health challenges, serves as a departure point for Honor Flight-Top of Virginia, which sends veterans on an all-expenses paid trip to see the nation’s memorials in Washington, D.C, and is renovating the former National Guard armory on its main campus, which will become the Hub for Innovators, Veterans and Entrepreneurs (HIVE). The HIVE will feature an expanded Veterans, Military and Families Center and serve as a regional anchor to provide comprehensive support and resources to veterans, their families, caregivers and survivors in a welcoming atmosphere designed to address their unique needs.