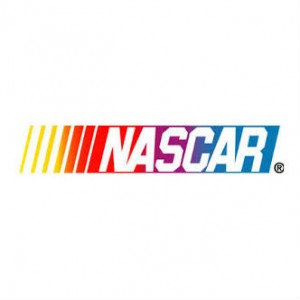 Gordon, who is competing in his final full-time season in the iconic No. 24, is part of NASCAR history. He’s a four-time champion in the Sprint Cup Series and has gathered 92 wins, including two here at RIR. In his 23 years in the Sprint Cup Series, he’s won the hearts of generations of fans. And now, the newest generation of NASCAR fans have the opportunity to meet this one-of-a-kind super hero.

To add to the superstar list, youngsters can also see Carl Edwards, who recently made the move to Toyota and Joe Gibbs Racing. Edwards is known for his signature post-win backflip that excites both children and parents. Don’t forget to say hi to Jamie McMurray, driver of the No. 1 McDonald’s Chevrolet, because we all know he’s “lovin’ it.” Two-time XFINITY champion and current NASCAR Sprint Cup Series driver for Roush-Fenway Racing Ricky Stenhouse, Jr. will also be on hand to greet and sign autographs for the kids.

So, how can your little one get a NASCAR super hero’s autograph? Here’s how:

Driver participation, time, and number of autographs are subject to change and without notice. Neither NASCAR nor any of its affiliates are sponsors of this promotion.

Remember, tickets for kids 12 and younger are $25 off the adult ticket price in EVERY grandstand for our TOYOTA OWNERS 400 NASCAR Sprint Cup Series race!

Don’t forget NASCAR returns to Richmond International Raceway April 24 & 25. And back by popular demand, Track Takeover powered by Nationwide at RIR on Saturday, April 25.  Fans can step out onto the Action Track just hours before the green flag waves for the 2015 TOYOTA OWNERS 400 NASCAR Sprint Cup Series event, all you need is a ticket to the race! Tickets for Saturday’s race, as well as the 2015 ToyotaCare 250 NASCAR XFINITY Series race on Friday are on sale now. Click here or call 866-455-7223 to purchase.