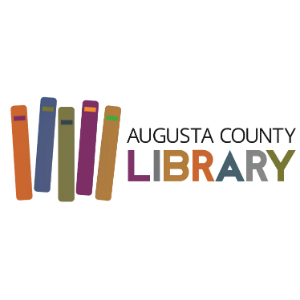 The first official Augusta County StoryWalk® is scheduled to open on Oct. 24 at 6pm, including a ribbon cutting ceremony, refreshments, and a scary storytime at the library’s Fishersville location.

The Augusta County StoryWalk® project began in July 2017 in Churchville, Virginia. Assistant Branch Manager, Charley Schillinger, wanted to have a temporary StoryWalk® for the attendees of the annual Churchville Summer Market. Volunteer, Carl Shifflett, helped cut and place 12 posts all around the Churchville Branch Library.

The StoryWalk®was a hit not only for the Summer Market, but was also used by students of Churchville Elementary, Bison’s Beginnings, and additional library programs throughout the fall. A total of three stories were displayed on the StoryWalk® before it was dismantled in December of 2017. In February of 2018 the Library Director, Diantha McCauley, inquired about placing a StoryWalk®at the Fishersville location. Charley began inquiring with Augusta County Parks and Recreation about placing the StoryWalk® on their property surrounding the library.

Parks and Recreation Director, Andy Wells, suggested partnering on the project as well as possibly expanding it to other county locations.  A project team was assigned to the effort. They sent out sponsorship requests in the spring and received funding for two StoryWalk® thanks to a very generous patron family and the Shenandoah Valley Kiwanis Club.

The second StoryWalk® location and opening will be announced late winter 2019.