Most Endangered Historic Places in Virginia: List of 11 locations under threat 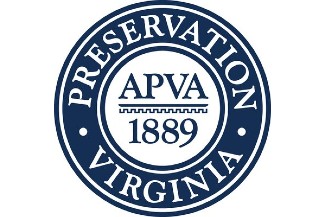 Preservation Virginia has released its updated list of historic places across the Commonwealth that face imminent or sustained threats to encourage individuals, organizations, and local and state government to advocate for and find solutions for their preservation.

“This year’s list reflects the resilience of the Commonwealth’s many historic places that have persisted for generations in support of their communities,” said Preservation Virginia CEO Elizabeth S. Kostelny. “The dedication of organizations, local governments, and individuals currently working to preserve these places reflects the very nature of the historic preservation movement- the ability to adapt to challenges and retain relevance in an ever-changing world.”

The Virginia’s Most Endangered Historic Places program has a track record of success. This past year, previously listed sites including Rassawek, historic capital of the Monacan Indian Nation, River Farm, headquarters of the American Horticultural Society, and the Warm Springs Bathhouses, the oldest spa site in the United States, were saved from insensitive development and neglect.

Since the program began, more than 50 percent of sites listed have been saved, 10 percent were lost, and the remaining 40 percent are still being monitored.

Threats to historic sites in Virginia persist. Partnerships are needed on local, state, and federal levels to find adaptive, collaborative solutions for preserving places for the benefit of Virginia communities.

Virginia’s Most Endangered Historic Places for 2022

A three-alarm fire caused significant damage to this beloved 110- year-old public school in Richmond. The Richmond School Board has pledged to renovate the school rather than demolish and rebuild it, and the community has rallied to maintain the public’s support for its full renovation.

Extant dwellings of enslaved people are rare. Time, weather, and deferred maintenance make these structures especially vulnerable. The owners of many of these buildings, such as at Ivy Cliff, need resources and support to preserve these important structures. The Parker Sydnor Cabin was home to a literate tombstone and headstone carver born into slavery. While a local preservation organization currently owns the cabin, it remains in considerable need of support and preservation.

Built on the “Wilderness Road” in the 1840s, the Preston-Crockett House is facing possible demolition for a planned truck stop. Its high visibility on Interstate 81 could make it a regional tourism destination and its preservation could add value to any new developments in the area.

Local county governments passed separate rezoning actions to allow for construction of mega data center complexes, which would irreparably alter the adjacent historic landscapes associated with these battlefields, local farmland, and the areas’ rural character. Locating data centers within technology corridors and away from culturally sensitive areas would convey how local governments value and support the preservation of their irreplaceable historic resources.

Completed in the late 19th century, this Romanesque Revival style mansion with ornate woodwork has sat vacant for over twenty years and is in need of new owners with resources to preserve the mansion and its associated history.

While the original uses and history are currently unclear, this two-story, framed building served as Tranquility Lodge No. 4218 for the African American Grand Order of the Odd Fellows in Reedville. Research on the building’s ownership and its history, including possible ties to the African American Watermen of the Chesapeake Bay, are underway, but the building is currently in desperate need of stabilization, repairs, and preservation.

Green Valley Pharmacy was the longest-operating African American pharmacy in Arlington, and likely the first African American-owned pharmacy in the area. The pharmacy has been challenged with redevelopment modifications to portions of the building that could not meet standards of today. Maintaining the building’s historic fabric and its links to the pharmacy’s important role in the community continues to be crucial.

The Havelock School is a two-room schoolhouse established for the education of African American children in Richmond County. The building has stood unused for many years, and in order to preserve its legacy, immediate repairs are needed.

Saint Paul’s Chapel School is a one-teacher Rosenwald School built in 1920 for African American students in Brunswick County. The building has stood unused for years and its ownership remains unclear. In order to preserve its history and the history of the surrounding community, immediate repairs are needed.