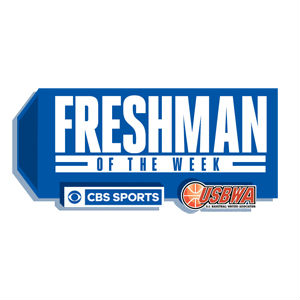 Georgetown guard Mac McClung is the Wayman Tisdale National Freshman of the Week for games ending the week of Dec. 23. McClung was selected by CBSSports.com’s Matt Norlander, in partnership with the U.S. Basketball Writers Association.

Norlander’s popular weekly freshman watch column will continue to feature nation’s the top freshmen each week in addition to the national player of the week. Later in the season, the USBWA will release a midseason watch list before naming finalists for the award. This season marks the first time a weekly national freshman of the week will be selected and, each Tuesday through Feb. 26, a standout first-year player will be chosen for the honor.

Norlander writes of the Gate City, Va., product, “[He] had a career-best 38 points on Saturday. Georgetown won 102-94 in overtime against Little Rock, and McClung’s showing was the best for a Hoyas freshman since 1962-63. McClung had a four-point play in overtime that clinched Georgetown’s W against Little Rock. It was a big moment for a program in need of more consistency in order to enter back into national relevancy – and even Big East relevancy. … McClung is starting to step into a bigger role. … The Hoyas have other nice players – fellow frosh James Akinjo will grow into a good one, I assure you – but McClung and Jessie Govan (17.9) need to be every-night guys right there with Akinjo if Patrick Ewing’s team is going to compete for the top half of the Big East.”

The late Wayman Tisdale was a three-time USBWA All-American at the University of Oklahoma. Following a stint on the 1984 U.S. Olympic basketball team, he played 12 seasons in the NBA before retiring in 1997 to focus on a blossoming jazz music career. In March 2007, he was diagnosed with cancer and, following a courageous and difficult battle that included the amputation of his right leg in 2008, he passed away in May 2009.

The U.S. Basketball Writers Association was formed in 1956 at the urging of then-NCAA Executive Director Walter Byers. With more than 900 members worldwide, it is one of the most influential organizations in college basketball. It has selected an All-America team since the 1956-57 season. For more information on the USBWA and its award programs, contact executive director Joe Mitch at 314-795-6821.