Is Dubai a country or a city? 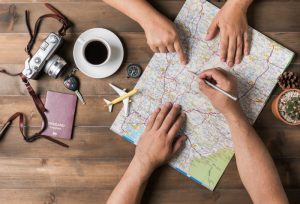 A major section of the population of the world is fascinated by Dubai. However, a significant percentage of people are unsure whether Dubai is a country or a city; they are confused regarding the location of Dubai and have various other questions. In this post, we are going to attempt to answer some of these burning questions related to Dubai.

As far as the answer to the question of whether Dubai is a country or a city is concerned; the readers must know that Dubai is a city located in the United Arab Emirates. The United Arab Emirates consists of a total of 7 states, locally known as Emirates. These seven Emirates are Abu Dhabi, Dubai, Sharjah, Ajman, Fujairah, Ras al Khaimah, and Umm al Qaiwain. Now, readers might be wondering whether Dubai is the capital of the UAE. However, the capital is Abu Dhabi. Situated on the southeast coast of the Persian Gulf, Dubai is present in the continent of Asia.

Can we get Visa on arrival in Dubai?

Following are the countries, citizens of which can get a visa on arrival, valid for 30 days:

What are the top tourist attractions in the city of Dubai?

Following are some of the top tourist attractions in Dubai that must be on your itinerary:

Dubai Mall
Dubai Mall is one of the biggest shopping malls in the world. It is not just a shopping mall but it holds an aquarium, ice skating rink, a gaming zone, and a multiplex as well. If you wish to satisfy the shopaholic inside you, then Dubai Mall is the place you should be.

Dubai Marina
Dubai Marina provides a plenitude of attractions and activities for tourists. You can go on a fish-catching expedition or simply take a marine sightseeing tour. For those who wish to pump up the adrenaline in them, can indulge in water sports or zip along the Xline zip line. Xline holds the title of being the longest urban zip line in the world where you can reach speeds up to 80 km/hour. However, the coolest attraction here is the Dhow Cruise Dubai Marina. Dhows are the traditional fishing boats of Dubai that have been refurbished into a floating restaurant where you can enjoy delicious food amidst the seas and catch live events comprising folk dance and singing. The dhow dinner cruise is perfect for a candlelight dinner with your partner as well as for hanging out with friends or family. Fitness freaks can opt for a bicycle ride on the streets of Dubai Marina or hit the Street Workout Park. It is an open-air gym that has all the basic fitness equipment.

Dubai Museum
For those who are interested in knowing about the culture and heritage of Dubai, can pay a visit to the Dubai Museum. By visiting this museum, you can have all the info as to how modern Dubai evolved.

Gold Souks
Dubai is probably the only city in the world that has souks selling gold. Visiting these souks, even if you don’t intend to buy anything, is a must. Please note that you can even bargain on the price of gold in these souks.

What is the official religion of Dubai?

Though all religions are accepted in the city of Dubai, the official religion is Islam. Please note that if you are visiting Dubai during the holy month of Ramadan, you must not eat or drink in public from sunrise to sunset as that is the duration people observe holy fast in Ramadan. Of course, you can eat in your private space. It is expected of you to respect the religious sentiments of the people. Though you won’t be arrested if you indulge in public eating during this period, it is heavily frowned upon by the local population.

What is the language used in Dubai?

Arabic is the official language of Dubai. However, English is widely spoken since the city holds a population comprising of different nationalities. Even the signboards are bilingual; English and Arabic. Hence, if you know English, you won’t face any problem at all conversing in Dubai.

This was some of the basic information regarding the city of Dubai. Dubai has come pretty far from being solely recognized as an oil-producing nation. As of now, oil accounts for simply 2% of the city’s GDP; the other major industries being retail and wholesale, hospitality, etc. Dubai offers free trade zones where foreign traders are exempted from certain taxes and other restrictions. It is because of these free trade zones, Dubai attracts a ton of foreign business persons.