How gambling in the USA is taking off

America has been known for its love of gambling, but it’s not always been that easy to place a bet. The arrival of online betting has seen an increase in the number of wagers being placed. Then came a game changing ruling in the US Supreme Court that has really sparked a gambling boom.

It’s a situation that is also happening in several other countries. New technology has produced new and exciting ways to place bets, particularly on your mobile devices. Europe has seen online gambling grow substantially in recent years. Top SA Casinos are also seeing business getting better and better and it’s not expected to slow down anytime soon. 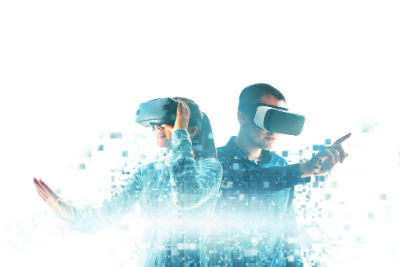 Perhaps surprisingly, The USA has lagged behind in certain areas of gambling. Of course, there have been the famous casinos in Las Vegas and Atlantic City to name but two. There’s plenty of betting on the horse racing tracks too but sports betting has been a problem area.

Sports such as American Football, Basketball, Baseball and Ice Hockey present potential punters with ample opportunities to be placing bets. However, the problem was that there was a federal ban on sports betting

The American Gaming Association were delighted with the decision. They saw it as a victory for the “millions of Americans” who “seek to bet on sports in a safe and a regulated manner.”. Only Nevada had been permitting sports betting but that was to become a thing of the past after the Supreme Court ruling.

As a result of the ruling, a situation has been created in which each individual state can now act on its own. That’s exactly what has happened with one state after another taking legislative action. States such as Delaware, New Jersey, Indiana, Montana, Mississippi, West Virginia and Tennessee legalize sports betting.

There are plenty of reasons why this is happening. It’s not just kind states allowing punters the chance to make their bets. States are seeing gambling as another opportunity to make money for themselves.

Many have tight budgets so the thought of seeing millions of dollars earned from gambling is just too hard to resist. With huge amounts being charged for licence and the dreaded tax charges, it’s not just the punters who are making profits.

Governor Phil Murphy was the first to place a bet with them. His two $20 bets on Germany to win the 2018 World Cup and New Jersey Devils to win the 2019 Stanley Cup were both losers. More sportsbooks were opened in the coming weeks as gambling began its explosion. There has been nearly $3bn in bets laid over the next nine months. The tax revenue from those bets total $33.3m.

The gambling industry in the USA is expected to grow even further in the coming years. The arrival of online betting has already had an impact on the revenues that are being produced. The changes in the laws re sports betting can only see revenues continue to climb as more and more states legalize such activity.