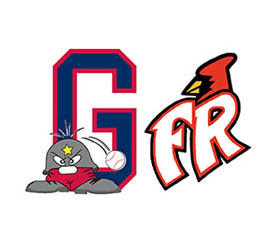 Waynesboro had Front Royal down to its last strike, but a Matt Murakami single tied the game in the ninth, and a sloppy 11th inning by the Generals helped push the Cardinals to a 3-2 Front Royal win at Kate Collins Field.

The Generals seemed poised to win the rare pitchers’ duel when Austin Johnston scored on a double-play ball hit by Anthony Iacomini to take a 2-1 lead in the sixth.

That margin remained until the ninth, when closer Josh Bullock suffered his first blown save of the season, giving up the two-out, two-strike single to Murakami that scored Jordan Lee from third to tie the game at 2-2.

Both teams missed on golden opportunities to win it in the 10th. Front Royal had pinch-runner David Atwood on third with one out but could not get him home, and then Waynesboro got leadoff man Bradley Noland to third with no out but could not score in the bottom of the inning.

Front Royal broke through in the 11th off reliever John Sebelle (0-2). Lee reached second when Julian Ridings dropped a flyball in left-center. James Alfonso sacrificed to send Murray to third, and with one out, Kyle Pitts popped up a bunt on a suicide squeeze that could have resulted in an inning-ending double play, but the ball fell in front of first baseman Austin Johnston, who tried but was unsuccessful in tagging out Lee trying to score.

The Generals got a break when Johnston, leading off the bottom of the 11th, was hit by a 2-2 pitch, but Ryan Breen grounded into a 6-4-3 double play, and Iacomini popped up to shortstop to end it.

The loss drops Waynesboro out of first place in the South Division standings. Harrisonburg improved to 15-7 with a 6-4 win over Luray Tuesday night to move a half-game in front of the Generals (14-7).