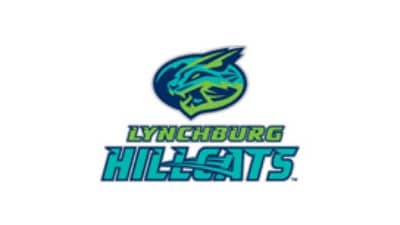 The Charleston RiverDogs topped the Lynchburg Hillcats in Game 2 of the Carolina League Championship Series, 6-2, to clinch the 2022 league title.

The RiverDogs have now won championships in back-to-back seasons, including their Low-A East title from last season.

The game was scoreless through the first three innings as Trenton Denholm and JJ Goss traded blows early. Goss would carry a no-hitter into the sixth before finally allowing a base knock from Jordan Brown.

The RiverDogs would pick up their first run in the fourth as Carson Williams blasted a home run to dead center field to give them the lead. For Williams, it was his second home run of the series, and his fourth inside Bank of the James Stadium on the season.

In the sixth, the RiverDogs would tack on four more runs as Caminero and Seymour drove in runs on base hits. Then, with one out recorded, Brock Jones cleared the bases with a two-run home run to make it a 5-0 ballgame.

In the seventh, Isaiah Greene would lead off the innings with a solo home run to get the Hillcats on the board. Later in the inning, Jordan Brown would drive home Richard Paz after just missing a home run of his own. Brown would reach with a triple before being left stranded there.

Charleston would get a run back to make it a 6-2 game on a Ryan Spikes sacrifice fly. From there, Charleston was able to shut down the Hillcats to win the game.

The Hillcats had a chance in the eight with the tying runner at the plate. However, after a ground out to end the inning, tensions boiled over and the benches cleared as Junior Sanquintin charged the Charleston dugout. After a long delay, the teams were separated for the ninth.

The Hillcats would go 1-2-3 in the bottom of the frame, and Charleston would begin their celebration as Carolina League Champs.

The Hillcats season comes to an end, as the team will return next April for the start of the next season. Stay tuned for information regarding single game and season ticket packages.

View all posts by SportsDesk