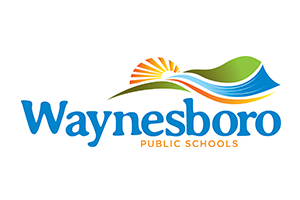 Crews were removing asbestos from ceilings at Berkeley Glenn Elementary School this week, angering some parents because school was still in session with the work going on.

“I’m not happy about it, and think that it is an epic failure on the part of the school system to not notify us beforehand,” one parent wrote to us on Wednesday.

We were able to get in touch with Waynesboro School Superintendent Jeffrey Cassell, who on Thursday confirmed that “there is work being done above the ceilings in one wing of BGES that involves removing duct work and piping that does have mastic, glue, putty, and some pipe insulation that contains asbestos.”

“This wing is sealed off from the rest of the school in a total containment area,” Cassell said by email.

We followed up with Cassell to ask how long the work had been ongoing, how long it was projected to continue, and why the work involving asbestos removal wasn’t delayed until school was out for the summer.

Cassell said Friday that there has been construction work ongoing at Berkeley Glenn since the last week of March.

“The work about which you are asking was being done above the ceilings in one wing of BGES that involves removing duct work and piping that does have mastic, glue, putty, and some pipe insulation that contains asbestos,” Cassell said. “Because the materials being removed have asbestos attached to them, the entire wing has been sealed and contained, has a negative air flow system, and is monitored at all times by a third party, Environmental Consulting Services, to assure compliance with all regulations and to monitor air quality. This work is complete; it was done on Tuesday and Wednesday.”

Why wasn’t the work delayed?

“This demolition work was the next step in the schedule of work and was necessary to keep the project on schedule to assure this extensive renovation is complete by August 1 in order to open school,” Cassell said.

It seems at the very least the school system should have notified parents about the nature of the work going on, and it’s not a stretch to suggest that, even with the safeguards put in place, the asbestos removal probably should have been put off until school was done for the academic year.

I write books, mainly on sports, and do baseball play-by-play for ESPN3. I've finished three marathons, but I'm over that. Oh, and I'm a progressive who voted for Biden, but I'm also over that. Want to reach me? Try [email protected]