United Nations of Comedy Tour comes to The Paramount 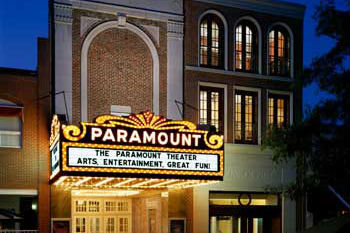 The United Nations of Comedy Tour returns to The Paramount Theater for the ninth consecutive year on Saturday, Nov. 16.

This tour features national comedians as seen on Def Comedy Jam, CONAN, Comedy Central, BET Comic View, HBO, Showtime, HULU, FOX, TVOne, and other national programs. The United Nations of Comedy is one of the funniest national comedy tour to visit the area and has become one of the area’s most highly anticipated comedy events.

The tour was founded to promote diversity through laughter and focuses on choosing the perfect blend of national comics by selecting an eclectic mix of styles. Headlining this year’s visit is traveling from Los Angeles, Jay Phillips, as seen on Comedy Central, Fresh off the Boat, The DL Hughley Show, Semi-Pro with Will Ferrell, and many other movie and television shows. Also on the line up, New York’s own, Liz Miele, as seen on Comedy Central and Hulu, Brendan Eyre from Comedy Central, and your favorite comedian’s favorite comedian, Funnyman Skiba, 4-Time Comic View Allstar.

This event is sponsored by Presenting Sponsor C-Ville Weekly, along with the supporting sponsors the Charlottesville Albemarle Convention and Visitors Bureau, Hyatt Place, Declan Murphy and Molly Pyle, Posner Wealth Management of Davenport & Company, LLC, Yellow Cab, and Lifeview Marketing. A percentage of the profits will support the making of America’s Darkest Future: The Cost of an Inaccessible Early Education, the non-profit documentary.

Tickets for this event are on sale now. Tickets may be reserved by calling The Paramount’s Box Office at 434.979.1333, online at www.theparamount.net, or in person at the Box Office Monday through Friday from 10:00AM until 2:00PM. For Mature Audiences.