The biggest winnings on online games in the world 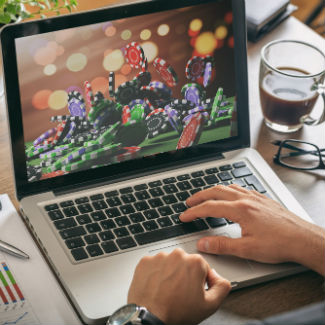 The dream of every gambler is to get lucky one day and hit a life-changing jackpot! However, the risk attached is not always easy to deal with. Also, while some punters are lucky to win multiple rewards from the little wager, some people bet their fortune and win nothing. This is why we advise people to enjoy slots, such as rainbow riches online and only stake bets with their spare cash to curb the heartbreaking experience that comes with losing.

In this article, we are going to give you a gist about the top biggest wins on online games in the world over the years. The highest win anyone has ever made in online gambling is a whooping sum of $590.5 million; see details about this later in this article.

Georgios M, a Greek slot jockey won a life-changing jackpot of €6.3 million in March 2009. This 36-year-old businessman was ranked the highest Microgaming casino jackpot winner in that year.

In 2012, a Swedish slot machine lover won the biggest sum ever hit by anyone on Unibet Casino. This woman won €7.6 million spinning Hall of Gods slot by Net Entertainment software provider. She went home with the Vikings’ gold when Thor gave her his blessings.

What a great experience it must have been for this young 26-year-old British soldier who won $17.8 million jackpot at Betway Casino. He hit the jackpot on Mega Moolah slot machine by Microgaming in October 2015. This most intriguing part of John Haywood’s story is that he won this jackpot 25 minutes after opening his Betway Casino account. His record on Mega Moolah was only just broken in September 2018 when someone (who chooses to stay anonymous) won €18.9 million in the game.

Elmar Sherwin is probably one of the luckiest gamblers alive, winning 2 huge jackpots at 2 different times of his life. This World War II soldier hit his first jackpot of $4.6 million in the year 1989 at a newly opened casino in Las Vegas. This was then and is still considered a whooping life-changing sum of money. He travelled around the world with his fortune, gambling on slot machines alongside, thirsting for another win. He finally hit the second jackpot of $21.14 million at age 92 in a betting odd which was said to be one out of fifty million.

This story is one of the most shocking as Johanna Huendi won $22.6 million after betting $170 on Megabucks. What is even more interesting is that she claimed to have never played Megabucks before, and she hit the jackpot on her first spin. Johanna is one fortunate woman.

This is another Megabucks fortune story. This retired flight attendant decided to visit the Palace Station Hotel in Las Vegas to bet $100 per spin on Megabucks. She lost her first two stakes, and the third time was indeed the charm for her as she hit $27.6 million jackpot. This lady was 67 years old, which tells us that fortune can shine on anyone at any age.

This is a tragic story; although, it started well. Cynthia tried out the Megabucks slot machine for real money during her mother-in-law’s birthday party. She won the biggest jackpot ever on the slot at that time, which was a sum of 34.95 million. She immediately quitted her job and planned to enjoy her fortune on travels with the love of her life. Her happiness was cut short a few weeks after when she had an accident where she got paralyzed and her sister died. Let us always pray for the best of luck.

This lucky winner went to watch a basketball match but decided to branch at the Excalibur casino to kill some time before the game started. He did not know that that was probably going to be the best decisions he would make in is life. After spending a total of $100 playing video slots, he won $39.7 million. He received an instalment payment of $1.5 million for the next 25 years. Fun fact is, this man was only 25 years old the time he won the jackpot, meaning he is automatically a rich man till he is 50.

This is the story of Archie Karas, a hardened high-roller gambler, he is famous for his rise from only $50 to $40 million. Karas lost a total of $2 million at Las Vegas playing poker games and was said to have left with only $50 in his pocket. He did not stop after losing this much, instead, he borrowed $10,000 from a friend to bet at Binion’s Horseshoe casino. He won a total of $17 million in just 3 hours from which he refunded his friend with $20,000. He further continues his gambling adventure and won up to $40 million in 3 years.

Sadly, Karas ran out of luck and started losing huge some on betting, $2 million on a poker game, $17 million on a baccarat game, all in just 3 weeks. He was further banned from betting in any Las Vegas and Nevada casinos for life after he lost all his money.

It is funny how fate works, Gloria, an 84-year-old woman, met her fortune at such an old age. She won a whopping prize of €527.16 million on a Powerball lottery. Surprisingly, rumours have it that she was not meant to be on the spot on the queue when she bought the ticket, it was a good Samaritan that gave her that chance to stay in his/her front. What a bad day to be good for the person.

Gambling can be very intoxicating and addictive since people always want to recover their losses and probably hope to change their fortune for good in case, they hit the jackpot. However, luck may not always be on many people’s side, so we advise that you set a gambling budget for yourself and stick to it, say $100 per week. Also, do not be tempted to bet your life fortune as Karas did, gamble responsibly.