Polykon Manufacturing LLC will invest more than $60 million to establish a manufacturing operation in Virginia in Henrico County. 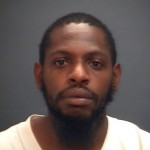 Halloween: Be smart, be safe, be seen

With Halloween a couple of days away, AAA Mid-Atlantic and the Mid-Atlantic Foundation for Safety and Education are joining forces to remind celebrants of all ages to Be Smart, Be Safe and Be Seen.

Governor Terry McAuliffe announced Friday that more than $4.8 million in federal funds will be awarded to multiple local government agencies to enhance emergency preparedness throughout Virginia.

Governor Terry McAuliffe on Wednesday awarded more than $1.6 million in state extended school year grants to support the development and implementation of year-round instructional programs in 29 schools in 13 school divisions.

Plump orange pumpkins are ripening in the field, scattered on the ground. In those same fields, you might also find white pumpkins, green pumpkins, striped pumpkins, miniature pumpkins and a host of other varieties.

The Virginia Department of Health (VDH) advises consumers to not consume any Marva Maid Dairy milk in ½ pint containers with sell by dates from May 30 through June 2, 2014.

Gov. Terry McAuliffe and the Board of Education announced that 212 schools and four school divisions earned 2014 Virginia Index of Performance (VIP) awards for advanced learning and achievement.

Governor Terry McAuliffe announced that the Virginia Department of Rail and Public Transportation, the Greater Richmond Transit Company, the City of Richmond and Henrico County are collaborating on a grant application for funding to construct the Broad Street Bus-Rapid Transit system.