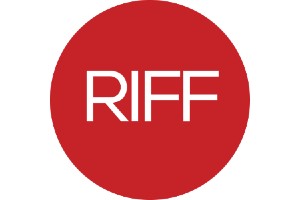 The Richmond International Film Festival brings a six-day cutting edge event of 171 award-winning film premieres from the U.S. and 22 countries – from Germany to Japan, Syria to Switzerland – plus 22 national and international bands, panels, red carpet and signature community events at various venues across Richmond.

The festival kicks off Tuesday, June 7.

In 2022, RIFF celebrates the theme, “Turn Out Richmond,” which will be highlighted in several signature events. Turn Out symbolizes the heart of creativity sustaining, building, and supporting the Commonwealth of Virginia by turning out and showing up for our community.

In conjunction with the theme, the festival will honor its 11-year history with special highlights throughout the week along with shine a spotlight on this year’s Outstanding Merit Award recipients, the festival’s key community partners and leaders as together we grow the rich innovation of our city.

The 2022 festival will feature headline premieres across several categories of feature and short length films with special guest filmmakers and cast to present the premieres festival week. The public is invited to engage in a Q&A with the filmmakers directly following the premieres whenever filmmakers or starring cast are present.

Kicking off the 2022 festival is the Opening Night Feature, A Song for Hope: The Ryan Anthony Story written & directed by Chris Haigh from Manchester, England. This special opening night film is about turning out for each other in the midst of highs and lows and finding a sense of community.  It tells the inspiring story of Ryan Anthony, the renowned principal trumpet of the Canadian Brass and the Dallas Symphony, and his ability to live life to the fullest through his passion for music and his audience, and his refusal to allow an oncoming affliction affect his love of his art and performance. Opening night will feature several special guests along with a live music opening and Q & A to follow the premiere. This red carpeted event is open to the general public, and will be held at the historic Byrd Theatre on Tuesday, June 7.

This year’s Closing Night Film on Sunday, June 12 is Mixtape Trilogy, an engaging documentary feature starring the Indigo Girls, Vijay Iyer, and Talib Kweli. The film is directed by veteran documentary filmmaker, Kathleen Ermitage, and it inspires the hearts of its viewers and artists alike as it explores one of the most intense and unique relationships between people who rarely meet: music artists and their fans. Kathleen will present the film, and several special guests to be announced.  The film premieres at the Byrd Theatre, June 12 at 6:00pm.

A few other notable films screened during the week include:

The Virginia premiere of Oleg directed by Nadia Tass. Oleg tells the incredible life story of Oleg Vidov. Born in communist Russia to a teacher, by the age of 25, Oleg had become one of the Soviet Union’s most celebrated actors of his time. However, no amount of fame could save him from the political system that tried to control his life. He married into General Secretary Brezhnev’s inner circle only to wind up blacklisted, threatened with death, and forced to defect to the West. Guests will be present for this premiere, including Oleg’s wife, Joan Borsten, a journalist and producer on the film along with many other notable projects.

Many other award-winning films can be screened at this year’s festival. A complete Film Guide listing can be found on the festival website.

In addition to the nightly films, live music, and annual special events, also featured this year will be the Turn Out Richmond Planet Signature Event on Friday, June 10 at 7:00pm. This special evening is co-presented by Tilt Creative + Production and begins with a film premiere of the documentary, Richmond on Paper: Birth of a Planet directed by Sylvester R. Tucker. The film has very close ties to Virginia, highlighting many notable change agents from the 1920’s era, including John Mitchell, Jr., the first African American newspaper editor.  A panel discussion will immediately follow about the film’s historical ties and our current intersections of culture, journalism, and social issues. Highlighted will be the Way Forward, integrity and diverse perspectives in journalism.  The event will conclude with Tilt hosting a black tie, VIP Reception Party at their studio space with food, drinks, and live music.  The evening is also a celebration of the positive changes that have taken place in our city.

Other events during festival week include this year’s expanded live music showcases at Hardywood Brewery all day Sunday, June 12 with indoor and outdoor music stages running throughout the day featuring this year’s bands traveling in from around the world.  Performing bands will be announced late April.

Back by demand and an annual top favorite is the 2022 Wrap Party sponsored by the festival’s leading producing Sponsor, Swedish Match.  This event is the signature celebration held at the Black Iris on Saturday evening, June 11 that closes out the festival’s large events leading up to the Sunday red carpet awards.  Featured at the event is a Swedish themed dinner, drinks, and live music as VIP patrons celebrate and mingle alongside visiting filmmakers, musicians, special guests and fellow community Sponsors.

Also featured this year is a special RIFF + Shockoe Sessions Live at In Your Ear Studio, plus RIFF’s Flow Collective Conference Series at In Your Ear and the Quirk Hotel over the weekend. In addition, there are Q&As with visiting filmmakers throughout the week at Bowtie Movieland and the Byrd Theatre and the annual opening night party sponsored and hosted by the Quirk Hotel on their rooftop, Thursday’s Youth & Community Outreach Day, plus various mixers, music events, and the annual Red Carpet Awards.  Individual tickets to all events range from $8-$10 and passes and VIP All Access festival badges range from $25-$375.

Capping off the festival on Sunday, June 12th will be the annual Red Carpet Awards where prizes selected by the Grand Jury and audience will be awarded in various categories for all film, music, and writing categories. Held each year at the historic Byrd Theatre, the red carpets conclude the festival. This event, along with all film screenings, music showcases, and community events are open to the public. Dress for the red carpets is upscale casual to black tie.

The Richmond International Film Festival is a competitive and spirited festival designed to entertain visitors from across the nation and honor cutting edge artists as we further cultivate Richmond, Virginia as a main go to arts hub in the mid-Atlantic.  Through its film productions and outreach efforts throughout the year, the festival provides a collaborative platform between its patrons and creatives from around the world along with helping to forge new working relationships between filmmakers and musicians.

Advance tickets are on sale through the RIFF website at riffva2022.eventive.org/welcome

A full schedule of the 2022 films and music events can also be viewed at that link or by visiting www.rvafilmfestival.com.