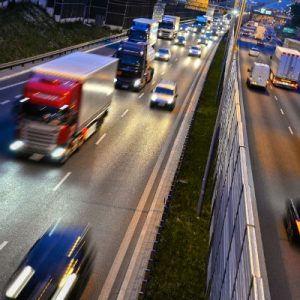 That comes to $9.5 billion in aggregate.

This is just the top line of the cost of state leaders continuing to punt transportation fixes down the road.

“The lack of adequate, sustainable transportation funding in Virginia will lead to increasing deterioration on the state’s roads and bridges and even longer congestion-related delays for commuters, businesses and visitors,” said Will Wilkins, the executive director of TRIP, a Washington, D.C.,-based transportation research nonprofit.

“Deteriorated, congested roads rob drivers of time and money while reducing the state’s competitive advantage and threatening economic growth. Making investments that will improve the condition and efficiency of Virginia’s transportation system will ensure that the state remains an attractive place to live, visit and do business,” Wilkins said.

A report conducted by TRIP, “Virginia Transportation by the Numbers: Meeting the State’s Need for Safe, Smooth and Efficient Mobility,” finds that throughout Virginia, approximately one-third of major locally and state-maintained roads are in poor or mediocre condition.

Also among the findings:

There’s also measurable economic impact. The report tells us that $497 billion in goods are shipped to and from Virginia annually, relying heavily on the state’s network of roads and bridges. Increasingly, companies are looking at the quality of a region’s transportation system when deciding where to re-locate or expand.

Regions with congested or poorly maintained roads may see businesses relocate to areas with a smoother, more efficient and more modern transportation system.

Approximately 112,000 full-time jobs in Virginia in key industries like tourism, retail sales, agriculture and manufacturing are dependent on the quality, safety and reliability of the state’s transportation infrastructure network.

With reporting by Chris Graham