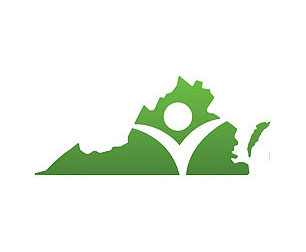 Virginia Organizing leaders were present as Virginia Governor Terry McAuliffe announced today that formerly incarcerated individuals will no longer need to satisfy all court costs and fees in order to have their civil rights restored by the Governor.
Eunice Haigler, a Virginia Organizing Fredericksburg Chapter leader, believes that high fines and court costs were an obstacle to those in her area.
“In my community, people who were once incarcerated were having to pay high fines to get their rights restored,” said Haigler. “Virginia Organizing is thankful to Governor Terry McAuliffe for tearing down the barriers that kept people from full reintegration into society and truly giving a second chance. This is just wonderful, wonderful, wonderful news!”
Virginia Organizing leaders have been working in local communities to help individuals who were formerly incarcerated restore their rights. Restoration of rights clinics were held in cities like Charlottesville, Danville, Fredericksburg, Harrisonburg, Martinsville, and South Hampton Roads.
“Our nation is built on the notion that all people should have a voice in their representation,” said Virginia Organizing Charlottesville Chapter leader Susan Perry. “Virginia Organizing has been working to ensure access to the voting polls by all people and we are thrilled that Governor Terry McAuliffe is on the side of second chances and true community restoration.”
“As the Governor said, these fees were analogous to a poll tax and I’m so excited for this great news,” said Perry.
Virginia Organizing will continue to organize for automatic restoration of rights.
Tags Augusta Free PressGovernmentnewsrichmond vaTerry McAuliffevirginia organizingvoting rights