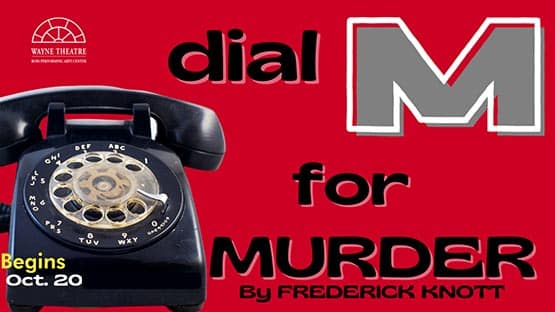 The Wayne Theatre in Downtown Waynesboro is ready for the Halloween season with an on-stage, live adaptation of the suspense-filled thriller, Dial M for Murder by Frederick Knott.

Directed by Robb Zahm, Dial M For Murder will run Oct. 20-29 in the Custin Cabaret, which is located on the second floor of the Wayne Theatre.

Dial M for Murder was first staged on Broadway in 1952 and was later adapted into the script that became the well-known Alfred Hitchcock classic film from 1954.

Dial M for Murder is a familiar story for many who are acquainted with the hit film or other works that present this suspenseful tale of Tony, a former professional tennis player, who has grown accustomed to the lavish lifestyle that had made possible by his heiress wife, Margot. Convinced that Margot is having an affair, Tony, rather than play victim to her waning affections, begins to plot her demise. Between cocktails, a game of cat and mouse laced with blackmail and intrigue, begins. When Tony’s precise plans go awry, he must improvise an equally deadly plan and stay one step ahead of the police. As tension vigorously mounts (alongside Tony’s tenacity to get away with murder – all while exuding charm and charisma), the sinister game that’s being played through the telephone keeps audiences spellbound.

Tickets are on sale now at waynetheatre.org or may be purchased at the box office located at 521 W. Main Street in Waynesboro.

We’ve made advances in air quality monitoring: But is it doing anything?

Hospice of the Shenandoah annual Christmas concert returns on Dec. 1

Harrisonburg: Goal of presentation, panel is to get residents ‘inspired to get outside’ 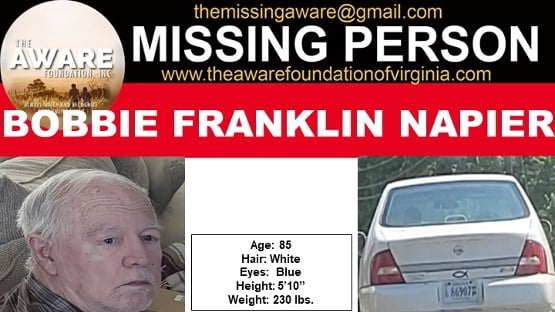 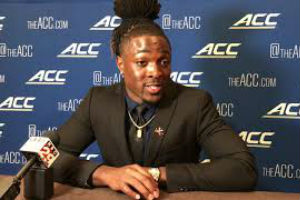