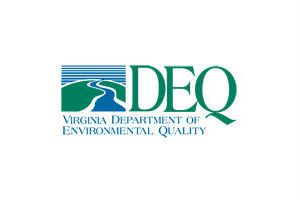 The State Air Pollution Control Board held its regular quarterly meeting Wednesday in Richmond. The SAPCB considers the adoption, amendment or repeal of regulations concerning management of air pollution, as well as the issuance or amendment of certain permits. Under direction of the SAPCB, DEQ administers Virginia’s air pollution programs and permits.

The SAPCB unanimously elected Kajal Kapur and Staci Rijal as chair and vice chair, respectively. Research Professor at the Virginia Modeling, Analysis and Simulation Center at Old Dominion University Joshua Behr was also introduced as the newest member of the SAPCB.

“We are working very hard to build relationships with communities and our actions reflect that,” said Director Paylor. “We are developing additional resources and staff that will help DEQ improve engagement with more Virginians.”

The SAPCB directed that the public comment period on the periodic review of the Public Participation Guidelines be extended to a minimum of 60 days. As announced on July 2, consideration of the Mountain Valley Pipeline Lambert Compressor Station was removed from yesterday’s meeting agenda, and will be discussed at the Sept. 17 SAPCB meeting.

For more information about the SAPCB, visit DEQ’s website.