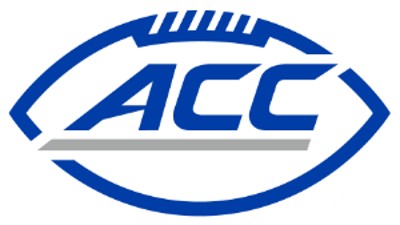 Five conference games make up week eight of the ACC schedule, which is highlighted by a matchup of undefeated ranked teams in the Atlantic Division.

No. 5 Clemson (7-0, 5-0) hosts No. 14 Syracuse (6-0, 3-0) Saturday at noon on ABC in the only game in the country this week between unbeaten teams. It is the first time Clemson and Syracuse have faced each other when both teams are ranked.

The ACC slate kicks off on Thursday with Georgia Tech hosting Virginia (7:30 p.m./ESPN). The Yellow Jackets have won two in a row under interim head coach Brent Key and a win would keep them in Coastal Division contention. Virginia is seeking its first conference win of the season and has won two in a row over Georgia Tech.

Duke travels to Miami on Saturday for a key Coastal Division contest at 12:30 p.m. on RSN. Miami QB Tyler Van Dyke has thrown for more than 350 yards in each of his last two games, including last week’s 351-yard performance in a win at Virginia Tech. Duke QB Riley Leonard had an outstanding game last week vs. North Carolina, throwing for 245 yards and a touchdown and rushing for 130 yards and a touchdown. This Saturday’s game will be the first between the teams at Miami Gardens since 2018, when Duke won by a 20-12 score.

No. 13 Wake Forest looks to stay in contention in the Atlantic Division when it hosts Boston College Saturday afternoon in Winston-Salem (3:30 p.m./ACCN). The Demon Deacons, who have been ranked for 20 consecutive weeks – longest active streak in the ACC – won last year’s game in Chestnut Hill to clinch the Atlantic Division as QB Sam Hartman threw for three touchdowns and ran for another. Boston College has won on each of its three most previous trips to Winston-Salem, most recently 31-24 in 2018.

Coming off an open week for each team, Pitt travels to Louisville for a cross-division game in prime time on the ACC Network at 8 p.m. Pitt has won six of the last seven meetings versus Louisville, but Saturday will mark the first time since 2011 that the Cardinals have played host to the Panthers. Pitt running back Israel Abanikanda is fifth in the nation in rushing yards (138.3 ypg) and has rushed for 100-or-more yards in four of his last five games. Louisville QB Malik Cunningham missed the Virginia game with an injury, snapping a streak of 40 consecutive games played.