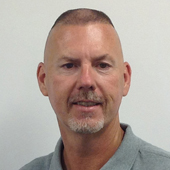 James Madison University Athletics Director Jeff Bourne has announced the hiring of Mickey Dean to serve as the Dukes’ head softball coach.  Dean, a native of the Central Shenandoah Valley, has spent the past six seasons leading the Radford University softball program to unprecedented success.  He also brings professional and international coaching experience to the JMU softball program.

“We are extremely pleased to have Mickey Dean join our staff and give leadership to our softball program,” Bourne said.  “He shares our vision for student-athlete welfare and helping our student-athletes attain excellence in the classroom and on the playing field.  Mickey has a proven track record as an exceptional coach and a wonderful person.  He will be a welcomed member to the JMU family and an advocate for the members of our softball program.”

“It is no doubt great to return home, and I want to thank Athletics Director Jeff Bourne and Associate Athletics Director Kevin White for this opportunity,” Dean said.  “As I stated to both, I believe the future of this program is limitless.  With the combination of our history of academic excellence and state-of-the-art facilities, JMU softball can become a nationally recognized program competing for championships at the highest level.”

Dean guided Radford to a six-year overall record of 241-116 (.675) and to an 84-21 (.800) mark in the Big South Conference.  The Highlanders finished first in the Big South’s regular-season standings in each of the past four seasons and captured championship crowns by winning the Big South Championship Tournament in 2009 and 2010.  In 2009 the Highlanders also claimed the program’s first NCAA tournament win, compiling three victories in their two NCAA appearances. Dean was tabbed as the league’s Coach of the Year of the past four seasons and once on the regional scale. Since 2005, Radford was the winningest program (320-163) in the state of Virginia and from 2006-09, the Highlanders were just one of 10 Division I programs nationally to win 40 contests each season.

“I enjoyed my time at Radford and am grateful to everyone there.  With the leadership and dedication of the administration we were able to build a nationally recognized program,” Dean said.

In addition to his collegiate coaching experience, Dean has also worked on the professional and international level.  He was the pitching coach for the Venezuelan National Team (2002-08) and the head coach for the Chicago Bandits (2004-10) that finished as the National Pro Fastpitch Regular-Season Champions five times and won the World Championship in 2008. Dean was named NPF Manager of the Year three times and coached world-renowned pitcher Jennie Finch, who was the NPF’s Co-Pitcher of the Year in 2005 and has a gold and silver medal from her two Team USA Olympic appearances.

Dean attended nearby Spotswood High School, where he was a multi-sport athlete. He went on to earn a bachelor’s degree in public administration and a minor in business administration from Elon University in 1987.

Dean and his wife, Liz, have two children, Isaac and Caroline.

“I look forward to help bring many successes and championships to our community,” Dean said.