How do I recruit my next engineering hire? 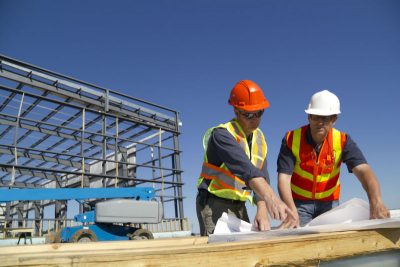 Engineering staffing demands are at an all-time high these days. So much so that finding an unemployed engineer is like looking for a needle in a haystack. But, while hiring a skilled engineer is difficult, it is not impossible.

The key here is to approach recruiting engineers differently from other professions.

Why? Because they’re different. It’s as simple as that. Not to mention, they’re one of the most sought-after professionals in the world.

For example, in the United States, roughly only 1 out of 100 engineers don’t have a job, and those that do are often looking for the “next big thing”. This can mean anything, from a bigger payday or another company where they can make a bigger difference, whatever that may mean to them.

One way to make finding the right fit for your company’s engineering professional needs is to work closely with staffing and recruitment firms that specialize in this particular niche such as CalTek Staffing.

Another way is to follow these useful and proven tips.

1. Make Your Company Attractive to Engineers

There’s no shortage of companies willing to hire engineers. What there is a severe lack of are companies that engineers want to work for.

Employer branding, in particular, is an area that a lot of such companies need help with.

What many companies need to know today is that most of today’s employees, especially engineers, want to work for companies that will engage them and give them the opportunity to grow, as well as be a part of something bigger than themselves.

The key to hiring talented engineers is to share with them your company’s story and help them see how they fit in all of it.

Remember, when recruiting engineers, you’re just not selling them a job, you’re selling them on what could essentially be the rest of their lives, or at the very least, the latest chapter among many more.

A play on the age-old sales strategy, “Always Be Closing”, companies looking to hire great engineers should never stop sourcing.

When looking for quality engineers, sourcing becomes less about hiring them outright and more about networking and reaching out. Most engineers won’t leave their jobs. A lot of them are introverted by nature, and they’re mostly content with their roles in their current companies.

It is up to you, then, to plant the seeds that will eventually give them the idea to leave and plant themselves in your company.

Look for them. Use referrals. Reach out to them. Let them know that they are needed.

As we said, always be sourcing.

3. Get to Know Prospects Better

At this point, you’re probably thinking that hiring an engineer is like dating, and the truth is, it is like that.

The only difference? You’re allowed to court multiple engineers at the same time.

Use this to your advantage. Get to know the prospects better. Spend at least 30 minutes with them, initially over the phone, and eventually, in person.

Building a relationship first during the recruitment process can help make it easier to screen out the ones worth hiring and the ones that are not.

From there, you can then schedule follow-up interviews and screening processes. This time, the focus is less about finding out how the prospects fit into your company. Instead, the focus shifts to them.

In particular, this is your chance to test just how good they are at their jobs.

A good way to assess an engineer’s skills and talent is to have the prospect work on a hypothetical project that would closely mirror the problems that he or she will have to solve at your company once hired and see how they would handle this.

4. Work With a Professional Recruiting Firm

Again, finding a quality engineer these days is like looking for a needle in a haystack.

Sometimes, as much as you’d love your company to be as hands-on as possible when finding the right engineer, your company would be better off diverting such resources to other more pressing matters.

This is where hiring professional recruiting and staffing firms come in.

Working with CalTek Staffing will save your company a lot of time and money looking for the right candidate. But of course, it would still be of great help if you continued your search efforts on your own, so as to supplement the decision to hire a professional recruiting firm.