Building a watch wardrobe: Here is all what you may need 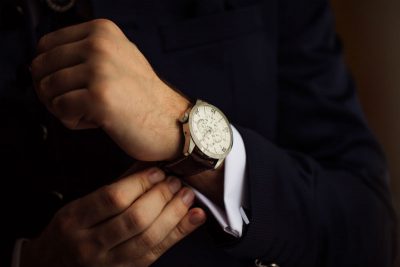 In the previous years a watch used to be a delicacy, an important investment, a gadget people used to be emotionally attached with or even considered as a lucky charm. It was used to commemorate a big achievement in life like graduation, a birthday party, a new job or any other major accomplishment that deserved to be appreciated. Just one piece lasted years and years and people tended to value and found it uber precious closer to their hearts.

Some of the most exquisite ones were being passed on from generations to generations as a keepsake. Jewellery was considered tacky and tough to pull off that is why men obsessed over the watch that had been passed on to them by their great grand fathers.

But not anymore, rather, the more the better is the mantra these days. It is considered to be an integral part of dressing up. Not only just dressing up but you are supposed to wear a watch according to the event you are going to attend and what you are wearing.

Let’s go through what are a watch wardrobe essentials, Have a look!

As the name suggests, this watch should serve the purpose according to your daily dressing up routine to work. Since the environment at most of the workplaces is formal and professional this watch will easily pull you through the working days. The best way to sport a basic watch is to keep it simple and elegant despite several options in the market like Omega, Quartz and other Swiss watches. In a world where everything is all glitz and glam, these timepieces have made their mark and are becoming the new standard of style and versatility.

The sports watch is one of its kinds. It more or less has everything enclosed in just one box from telling the time to changing the dates every day, from temperature updates to changing modes to activate the chronographic functions. All in all it is like a mini computer that has it all. This watch is something that trains with you, keeps track of your pushups and crunches and in the end even tells you the calories burnt.

A chronograph watch is something that can be used as a stop watch as well as a display watch. These kinds of watches have a an extra second hand which can be started, stopped and returned to zero by successive holds on the trigger. A more complex and multifaceted chronograph may have multiple hands doe measuring seconds, minutes and hours and even tens of seconds in one go.

A black tie or a dress watch is another type of minimalist watch which may be capable of telling a little more than time and date but is categorized as simple yet elegant. It comes with no further added features.

These kinds of watches can be sported at any formal event that requires you to appear suited and booted in order to match the soberness of your attire. It is also for people who like to keep their dressing game pared-back and unpretentious.