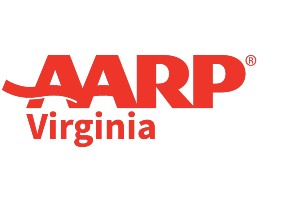 AARP Virginia is calling upon its nearly 1 million members in Virginia, and everyone concerned about nursing home safety, to urge a House of Delegates subcommittee to pass two bills that would require minimum hourly staffing standards.

House Bill 646 would require nursing homes to provide at least 4.1 hours of direct care per resident per day from nurses and certified nurse aides, with at least .75 hours being provided by a registered nurse. AARP also supports House Bill 330, which addresses nursing home staffing and puts into place a Long-Term Care Services Fund to help pay for the costs of increased staffing.

The bills will be heard in House Health, Welfare and Institutions Subcommittee 3 at 6 p.m. on Tuesday.

Currently, Virginia is one of only 18 states with no established staffing standards for nursing homes.

Nearly 30,000 people live in Virginia’s 287 nursing homes. According to the Centers for Medicare and Medicaid Services (CMS) 5-star rating system, 155 Virginia facilities are rated as “much below average” (1 star) and “below average” (2 stars) in staffing. More than 100 Virginia nursing homes have overall quality ratings of 1 or 2 stars, and 121 received 1 or 2 stars due to poor health inspections.

AARP Virginia also is conducting a robust digital and television advertising campaign asking Virginia residents to contact their legislators to urge passage of House Bill 646. The television commercial can be viewed at aarp.org/vanursinghomes. The group also mailed a postcard to 50,000 AARP members in Virginia to encourage them to call their legislator about the issue.

“No nursing home resident should have to settle for poor quality care,” Snider said. “COVID-19 delivered a grim reminder of the serious and chronic issues in Virginia’s nursing homes. Our seniors deserve better.”

The Nursing Homes Abuse Advocate (NHAA) tracks problems in nursing homes and maintains a watchlist of facilities where harm has occurred to residents. Currently 117 Virginia facilities are on the list.

“Even before the pandemic, Virginia nursing homes were cited frequently for problems such as poor infection control, understaffing, inappropriate discharges, and overuse of antipsychotics,” Snider said. “AARP calls on the General Assembly to pass this important legislation. The time for action is now.”

A recent survey by AARP of registered voters age 18 and older in Virginia showed overwhelming support for a variety of measures to hold nursing homes accountable. More than 7-in-10 (71 percent) of all voters support the establishment of minimum hourly staffing thresholds, with support consistent across genders, age groups, and regions. This proposal is supported by almost 8-in-10 (78 percent) moderate voters and nearly two-thirds (62 percent) of conservative voters.

More than three-quarters (77 percent) of all voters support providing a living wage to paid caregivers in nursing homes, with support nearly identical among age groups and voters in urban, suburban, and rural communities. Clear majorities of moderate voters (81 percent) and conservative voters (60 percent) support this proposal.

AARP provides free tools to help support families who have a loved one in a nursing home, such as 10 Questions to Ask if Your Loved One is in a Nursing Home.