What UVA Basketball fans need to know about Boston College 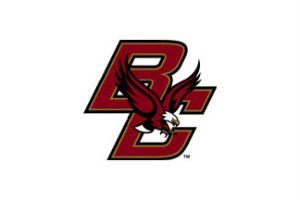 Boston College already had your attention after the Eagles, down its two best players, knocked off Virginia in Chestnut Hill back in January.

That one wasn’t a fluke. BC (13-13, 7-8 ACC) has already posted a season sweep of Virginia Tech, took Duke into the final two minutes and just notched a win on Sunday night against NCAA Tournament aspirant N.C. State.

And: they have those two guys that missed the first game in Chestnut Hill back.

Getting to know: Boston College

But when he’s good, he’s good – as he was in the win over the Wolfpack, in which he put up 22 with five assists and just two turnovers in 39 minutes.

Thornton will get into the paint – 33.1 percent of his shot attempts have been at the rim, per Hoop-Math.com – and get to the line.

Popovic had 14 points and eight rebounds in 32 minutes in BC’s win over N.C. State on Sunday. The floor time was a high for the senior since his return.

Tony Bennett went with a four-guard lineup around Diakite for that one, but that was probably a response to Popovic being out for the game.

Mitchell and Popovic will each get 25+ minutes at the four and five for Jim Christian, so you can expect Bennett to counter with a similar mix of Diakite and Huff in the post.

Clark (averaging an otherworldly 37.5 minutes per game this season) needs to be on the floor for Virginia, with the absence of options backing him up.

With all the focus in this breakdown on how BC played the first game between the two without Thornton and Popovic, it might be fair to note that the game was also pre-WoldetensGuy.

The 6’5” junior made six or more threes three times in his last six, including going 6-of-10, and hitting the game-winner with eight-tenths of a second left, in the 64-62 win at North Carolina on Saturday night.