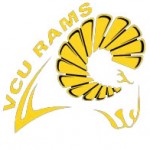 VCU built a big first-half lead behind its trademark pressure defense , and Troy Daniels’ clutch free throws in the final minute allowed the second-seeded Rams to hang on for a 59-56 victory over #1 seed Drexel in the 2012 Virginia 529 CAA Men’s Basketball Championship game. The game was played before a sellout crowd of 11,200 at the Richmond Coliseum.

VCU (28-6), which captured its fifth CAA championship overall and first since 2009, returns to the NCAA Tournament for the fourth time in the last six seasons a year after making a magical run to the Final Four.

Drexel (27-6) nearly erased a 16-point deficit in the second half, but the Dragons saw their 19-game winning streak come to an end when Frantz Massenat’s game-tying three-point attempt in the final seconds went off the back of the rim.

Daniels finished a perfect 5-for-5 from the line, including four key makes in the final 20 seconds. Prior to Graham’s four consecutive conversions, VCU was just 11-for-17 at the line in the second half, including 2-of-7 in the final four minutes.

VCU, which has won six straight, led by 11 with 5:04 remaining after Darius Theus followed his own miss with a putback that gave the Rams’ a 52-41 edge. Theus finished with a team-high 16 points and was named the CAA Championship Most Outstanding Player.

Damion Lee scored a game-high 20 points for Drexel and ignited a late rally with his fourth three-pointer. Lee’s baseline lay-up with 1:56 remaining cut the deficit to 54-50 and his steal on an inbounds play on the next possession set up a Samme Givens’ free throw that made it 54-51.

After Treveon Graham hit 1-of-2 at the line for VCU, Massenat knocked down a pair of free throws to pull Drexel within 55-53. Daniels answered with a pair of free throws at the other end to push the advantage to four with 19 seconds to go. Chris Fouch then drilled a long three from the right wing to pull Drexel within a single point, 57-56, but Daniels once again stepped to the line and converted twice with 12 seconds to go for what proved to be the final margin.

Daniels finished with 11 points, and Graham added 13. Theus was 7-for-12 from the field and recorded five steals and five assists.

Lee added 10 rebounds for a double-double and also had a pair of steals. Fouch finished with 15 points, including three huge second-half three-pointers, as Drexel chipped away after the break. Massenat finished with 13.

The defensive battle that many expected materialized over the opening 20 minutes, but it was VCU’s full-court pressure and timely shot making that allowed the Rams to open up a 16-point lead at the half.

VCU forced 12 turnovers in the first half, including eight steals, and blocked four shots never letting Drexel settle into an offensive rhythm. The Dragons went nearly seven minutes without a field goal during one stretch, missing nine consecutive shots and committing four turnovers.

Theus’ lay-in following a Juvonte Reddic block gave the Rams a 16-9 advantage, and Briante Weber’s bucket after another steal pushed the lead to 21-13. Following another forced turnover in the backcourt, Bradford Burgess knocked down a pair of free throws to extend the lead to double digits, 26-15, with 4:19 remaining in the half.

Burgess’ steal in traffic at midcourt set up Daniels’ three in the final minute, sending VCU to the break with a 35-19 edge.

Drexel was able to solve the pressure and build some offensive momentum to start the second half, but VCU had an answer each time the Dragons threatened.  After Fouch connected on two treys in the first five minutes of the second half, cutting the deficit to 37-25, Theus countered with a three-pointer of his own.

Lee connected from long distance then turned a steal near midcourt into a breakaway dunk to trim the deficit to single digits, 41-32, with 12:59 remaining. Burgess answered with a jumper following a VCU timeout, and D.J. Haley’s emphatic putback ignited the pro-Rams crowd once again and pushed the lead back to, 45-34.

Lee scored five consecutive points for the Dragons on a three-pointer and two free throws pulling Drexel within 45-39, but Graham’s three-point at the other end gave VCU a 48-39 edge with 8:38 remaining.

VCU, which entered the contest leading the nation in steals per game (10.7), finished the game with 10 steals, its school-record ninth-straight game with double-digit thefts. Rob Brandenberg blocked three shots and Reddic finished with two blocks.

Drexel, which held the nation’s second-longest winning streak, held a 41-24 edge on the boards behind Givens (15) and Lee.

The championship game was the third consecutive sold out session, which helped set a total tournament attendance record of 47,833. The CAA Championship has drawn more than 42,000 fans for six consecutive years.