UR rides D to win over Rhode Island 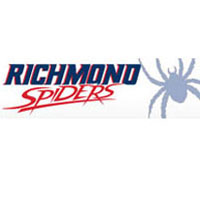 No. 21 Richmond used a dazzling 77-yard TD pass from John Laub to Donte Boston to take the lead in the fourth quarter and the defense forced seven turnovers, allowing the Spiders to overcome their five giveaways in a wild, 15-6 victory over Rhode Island Saturday at Robins Stadium.

The victory keeps the Spiders (6-4, 4-3) in the hunt for an NCAA Playoff bid, ensures Richmond its sixth-consecutive winning season and allows this year’s seniors to tie the school record as the winningest senior class (41).

The teams combined for 12 turnovers, with each QB throwing four interceptions, and the Spiders were out-gained in total yards 358-247 by a Rhode Island (4-6, 3-4) team that had knocked off then-No. 3 Villanova last week and Top-10 New Hampshire earlier this season.