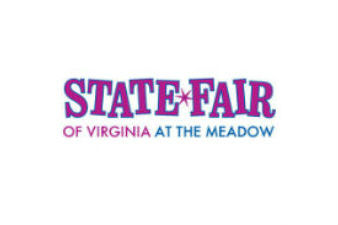 That was the third year in a row Atkins won the top prize. His wife, Brenda, took second place with a pumpkin weighing 1,069 pounds. Stepdaughter Brittany Johnson won third place with a 912-pound pumpkin. His other stepdaughter’s fiancé entered one weighing 654 pounds, which won sixth place and the title of “Prettiest Pumpkin.”

Although the taste of success is sweet now, it took seven years of practice before Atkins won his first State Fair ribbon.

He credits his son, Ethan, with being “my biggest supporter and my right-hand man” during that time. Together, they prevailed with teamwork and lessons learned from trial and error.

“I didn’t quit. That was the biggest thing. I learned from my mistakes every year,” Atkins said.

“We are excited to once again have free kids’ activities and provide some pumpkin-flavored treats, thanks to multiple generous fair vendors, while we anxiously await results,” Sanders continued. “New this year, we have expanded the competition outside of giant pumpkins and watermelons. Now growers can enter gourds, squash, tomatoes and field pumpkins.”

The giant produce entries “are a true representation of a labor of love. Many, if not all, growers are not traditional farmers, but giant vegetables are a passionate hobby with months of dedication in hopes of taking home first place and setting a new state record.”

Meanwhile, Atkins is aiming for a fourth consecutive title, and he won’t let a heart condition or back problems keep him out of the competition.

“I can’t do it alone. My family steps in to help. They all chip in,” he said.

The State Fair of Virginia will run September 27 through October 6 at The Meadow Event Park in Caroline County. The Giant Pumpkin and Watermelon Weigh-off will be held at noon on Sept. 28.