New publications on mammals of the Great Smokies appeal to tourists, scientists 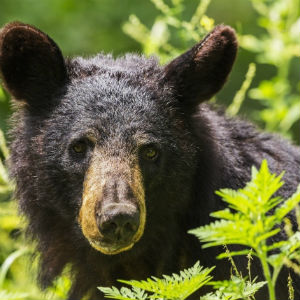 Black bears are among the many mammals found in Great Smoky Mountains National Park.

Readers ranging from Great Smoky Mountains National Park visitors to scientific researchers will find what they need in two recent publications by a Virginia Tech College of Natural Resources and Environment faculty member.

Instructor Donald W. Linzey’s third edition of “Mammals of Great Smoky Mountains National Park” has several new features, including recent additions to the mammal fauna, the origins of genus and species names, and skull drawings of some species to illustrate distinct features. To honor the park’s Cherokee heritage, the Cherokee names for many mammals are now included along with the English names.

The book is designed not only for park visitors but for anyone who wants to learn about mammals in the nation’s most-visited national park.

A photograph of one of the park’s most popular mammals, the black bear, adorns the cover.

Approximately 1,500 bears inhabit the park, Linzey said. Park visitors in the past may recall numerous “bear jams” that resulted in traffic backups and people trying to get as close as possible to a bear seeking a handout or rummaging in a trash can. Park policy changes to protect both the bears and the public have resulted in less frequent bear sightings, with most bears now foraging on natural foods in the backcountry.

Linzey began working in the park as a ranger-naturalist in 1964 while conducting mammal research for his doctoral degree at Cornell University. He met Arthur Stupka, the park’s first naturalist and biologist, who was in the process of retiring. Stupka was compiling the data in his 28 years of journals into books on the birds, amphibians and reptiles, and trees and woody shrubs of the park. He asked Linzey to compile the mammal data, with the result being the book’s first edition, published in 1971 and dedicated to Stupka.

Another work recently completed by Linzey is the monograph “Mammals of Great Smoky Mountains National Park: 2016 Revision,” published by Southeastern Naturalist. This comprehensive technical publication includes information on the distribution, food, reproduction, growth and development, hibernation, movements, predation, diseases, parasites, and measurements of the 73 mammals either currently known to inhabit the park or to have inhabited the park during historical times. Earlier versions of the monograph by Linzey were published in 1968 and 1995.

Linzey has written more than a dozen books, including the textbook “Vertebrate Biology,” recognized nationally as the most readable on the subject, and several guidebooks on mammals, snakes, and amphibians. He has also recently co-authored a journal article in Southeastern Naturalist on the distribution of the least weasel, and another in Environmental Toxicology and Chemistry on cane toads in Bermuda, one of a series of scientific reports on his work on Bermuda’s declining amphibians.

Linzey, who was a professor of biology at Wytheville Community College for 24 years before joining Virginia Tech’s Department of Fish and Wildlife Conservation, has been honored for his work with many awards, including the Virginia Outstanding Faculty Award from the State Council of Higher Education for Virginia and the Virginia Museum of Natural History’s Thomas Jefferson Medal for Outstanding Contributions to Natural Sciences Education. He currently works with the National Park Service as the lead researcher investigating reports and evidence of the mountain lion in Great Smoky Mountains National Park.

During Virginia Tech’s summer session each year, Linzey accompanies several students to Great Smoky Mountains National Park, where he teaches a one-week fully immersive course on the area’s natural history. The course is part of a college consortium that also includes students and instructors from the University of Georgia and Purdue University.