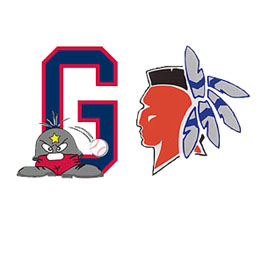 A JoJo Woods two-run double in the top of the 10th inning broke a 4-4 deadlock and lifted Waynesboro to a 6-4 win over rival Staunton Wednesday night.

Brandon Glazer led off the 10th with a walk from Braves reliever Paul Mittura (0-1). Caleb Palensky followed with a bunt single, and after a Jeff Conley fielder’s choice put runners on the corners with one down, Woods, in his first appearance as a General, came to the plate. Conley stole second to put two runners in scoring position with one down, and Woods laced a double down the left-field line to plate Glazer and Palensky.

Josh Bullock (2-0) gave up a two-out single to Jermaine Berry in the bottom of the 10th but was able to strike out Ryan Johnston to end the game.

Generals pitching limited the Braves to just four base hits on the night, but did give up seven bases on balls. Waynesboro starter Eric Stout actually took a no-hitter into the fifth but trailed 3-0 until a three-run rally fifth-inning rally off Staunton starter Josh Rudnik knotted the game at 3-3.

Stout gave up just one hit in his five-inning stint, but he did walk five hitters.

Austin Young was sharp in his first appearance of the season, giving up a run on a single hit in three innings of relief while posting five strikeouts.

The two county rivals will go at it again Thursday night with first pitch at Kate Collins Field at 7 p.m.