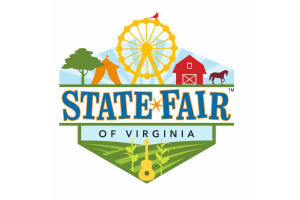 Hip-hop, bluegrass, Christian rock and country artists will be part of this year’s State Fair of Virginia evening concert series.

The fair will run Sept. 27 through Oct. 6, with performances on six nights at 7 on the Main Stage, presented by Virginia Farm Bureau Insurance.

Legacy hip-hop group the Sugarhill Gang will perform on opening night. In 1979, their Rapper’s Delightbecame the first hip-hop single to appear on the Billboard Top 40 chart. The Sugarhill Gang also is known for singles 8th Wonder and Apache (Jump On It).

On Sept. 28, Blue Highway and the Wolfe Brothers String Band will perform as part of the fair’s Crooked Road Showcase. The Wolfe Brothers String Band, based in Grayson County, plays traditional old-time music and has been together since 1993. Blue Highway is a Tennessee-based bluegrass band formed in 1994. These performances are supported by the Virginia Commission for the Arts and National Endowment for the Arts. Other artists affiliated with The Crooked Road: Virginia’s Heritage Music Trail will perform throughout the fair in front of the Meadow Pavilion. Schedule information is available at StateFairVa.org.

Christian rock artist Zach Williams will perform on Oct. 3. Known for his Grammy-winning album Chain Breaker, released in 2016, Williams is currently on tour in the U.S., Canada and Israel.

English rock band Foghat will perform Oct. 5. Performing since 1971, Foghat has amassed eight gold records, one platinum and one double-platinum and is perhaps best-known for the singles Slow Ride, Fool for the City and a cover of bluesman Willie Dixon’s I Just Want to Make Love to You.

Country rock duo LOCASH will close out the fair on Oct. 6. Made up of Chris Lucas and Preston Burst, the band is known for their hit singles I Love This Life, I Know Somebody and Ring on Every Finger.

All concerts are included in the cost of admission. Blue Ribbon Premium Seats can be purchased online in advance for $10 each. Those seats are closest to the stage and are general admission. The seating area will open at 6 p.m. on concert nights. Fairgoers also may bring blankets and lawn chairs for Main Stage concerts. Chairs will be available for rent for $3 each with an additional $2 refundable deposit.

Premium parking is available online in advance for $15. Ticket and parking details are at StateFairVa.org.

Additionally, the State Fair’s Summer of Savings offers an opportunity to purchase tickets at a discounted price online throughout August. When purchased before Sept. 1, adult admission tickets will be $10, and youth (5-12) and senior (60 and older) tickets will be $7. Unlimited ride wristbands will be $16 when purchased before Sept. 1, and season passes will be $35. Children 4 and under will be admitted free, but will need passes, which can be ordered online.

The 2019 State Fair of Virginia will run from Sept. 27 through Oct. 6. Information is available at StateFairVa.org.

The State Fair is held each fall at its permanent home at The Meadow Event Park in Caroline County and attracts 250,000 fairgoers. The event celebrates the best of Virginia’s past, present and future through scholarship initiatives, creative programming and a focus on the commonwealth’s agriculture and natural resources industries.