By the People: The Inclusive Story of Revolution in Virginia wins NEH grant 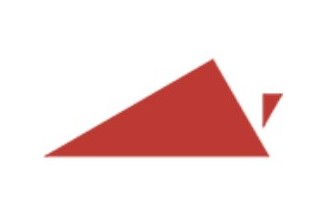 Encyclopedia Virginia has received a $350,000 grant from the National Endowment for the Humanities for a three-year project to tell the inclusive story of the American Revolution in Virginia.

The project is funded in part by the NEH’s special initiative, A More Perfect Union, which is designed to demonstrate and enhance the critical role the humanities play in our nation, while also supporting projects that will help Americans commemorate the 250th anniversary of the Declaration of Independence in 2026.

NEH announced a total of $33.17 million in grants for 245 humanities projects across the country. Nearly $1.4 million in grants were announced for projects in Virginia to ten organizations in Afton, Alexandria, Blacksburg, Charlottesville, Fairfax, Norfolk, and Richmond.

By the People: The Inclusive Story of Revolution in Virginia, 1763–1800 will promote a deeper understanding of the American Revolution and how it shaped our Commonwealth and country by prioritizing multiple historical perspectives and investigating the lives and circumstances of many different Virginians.

“Even with abundant scholarship illuminating the roles of diverse Virginians—enslaved, bound, and free; white, Black, and Native; male and female—in the Revolution, public memory tends to return to the same people, events, and stories,” said Peter Hedlund, EV’s director. “This project endeavors to change that and by doing so contribute to a narrative in which all Americans can see themselves reflected.”

This new section of EV content addressing the American Revolution and its aftermath in Virginia will include 150 scholarly and biographical entries that cover the period from 1763 to 1800; primary resources, media objects, and virtual tours that further illuminate this period; and a select group of entries designed for use by fourth- and eighth-grade readers.

EV editorial staff will work from a list of topics created in collaboration with historians Woody Holton, the McCausland Professor of History at the University of South Carolina, and Christa Dierkesheide, the Brockman Foundation Jefferson Scholars Foundation Professor and Director for the Center for the Study of the Age of Jefferson at the University of Virginia, and vetted by the Library of Virginia and Kenah Consulting, which works with tribal clients and cultural institutions to ensure tribal ownership of tribal history.

“As the state’s humanities council helping to bring the humanities to all Virginians, we’ve had a long and fruitful relationship with NEH,” said Matthew Gibson, Virginia Humanities’ executive director. “This grant builds on NEH’s strong record of supporting projects that explore and expand the historical record by including voices and experiences often left out of our understanding of the past. We are honored to receive this important award.”

Founded in 2008 with support from the NEH, EV holds some 1,200 entries, 900 primary sources, 4,000 media objects, and more than sixty virtual tours that tell the inclusive story of Virginia for students, teachers, and communities who seek to understand how the past informs the present and the future.